This year, New York Fashion Week is going all out to celebrate the strength of women. The #MeToo movement has inspired the creation of new designs, new artists, and new rules. For the first time, what has traditionally been a male-dominated industry is visibly joining the fight to shatter the glass ceiling. Here are 6 times New York Fashion Week 2018 celebrated the strength and equality of women.

Fern Mallis is a woman that understands what is at the heart of the #MeToo movement. The creator of New York Fashion Week told Page Six she does not believe fashion needs to be more modest. Instead, she says it is about the men “learning how to behave around women and trying to just be better human beings”. She knows women are not to blame for men’s bad behavior, and she wants men to take responsibility.

Fern Mallis is also a woman that understands the class ceiling all too well. She declared, “I would have made a lot more money if I was a man in the business”. The Economist’s fifth annual glass ceiling index agrees. The data shows the gender wage gap is still alive and kicking. In fact, women are still making 85% of what men take home. The good news is, Mallis believes women are now in a better position than ever to demand equal rights. 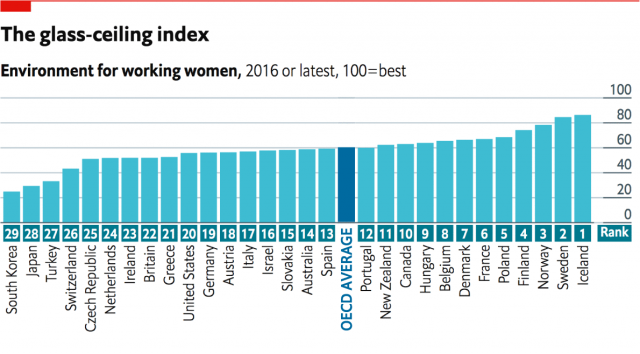 The 2018 Glass Ceiling Index via The Economist

#2.  Marchesa Pulled Out of the Show

Harvey Weinstein’s venture into fashion mostly involved Georgina Chapman, his now estranged wife. While they were together she co-founded Marchesa, and it quickly became a favorite among celebrities in Hollywood. These days, Marchesa has been blacklisted. The brand even pulled out of NYFW a week before the event. Talk about fashionably late!

On Friday, Myriam Chlek’s show brought together #MeToo and the fashion world. Female sexual assault survivors were the only models used on the runway. This not-for-profit show was inspirational, and spoke to the strength in survivors everywhere. Furthermore, it showed that sexual abuse effects women from all walks of life.

One really cool moment during NYFW was the sheer wearability of Brandon Maxwell’s clothing. Some designers only feature tortuously uncomfortable fashion. Maxwell’s line seems to signal he understands the needs of modern women. His fashion even features appropriate office attire for the everyday woman. Although hard to believe, it gets better. At the very end of the show, he called his predominately female designers on stage for a final walk. Giving credit where credit is due extremely important to gender parity in the workplace.

For his latest collection, Prabal Gurung chose to feature the colors and patterns of a matriarchic tribe called Mosuo. This Nepalese designer recognized the power in their red, purple, and blue wardrobe. These women have survived strong for years, and their royal colored clothing reveals their prosperity.

As a tribute to northern Indian activists called the Gulabi Gang, Gurung incorporated bright pinks. He explained to USA Today that they “adorn themselves in pink saris symbolic of their self-proclaimed power and fearlessness”. 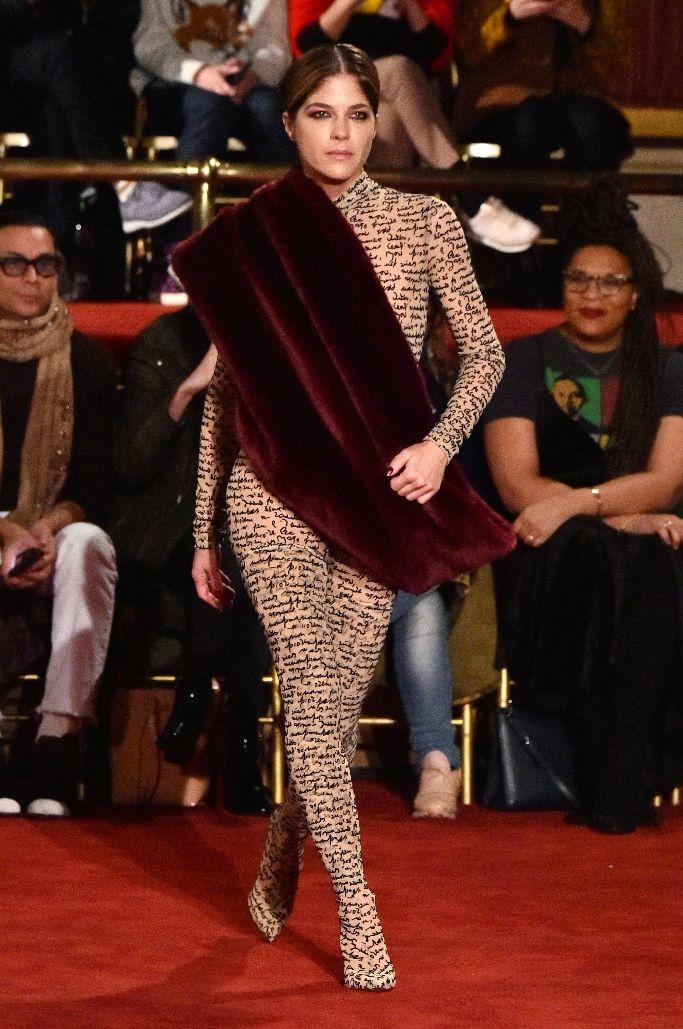 Another Industry, Another Win for Women

The year 2018 is continuing to shape up as the year of women. Even fashion is joining the fight for women’s equality and the destruction of the glass ceiling. There were a lot of empowering firsts for women at NYFW this year, and it gives hope for the future of female! It shows the more industries get onboard with treating women equally, the more powerful the movement grows. Therefore, it is important to continue telling our stories, standing up for our rights, and drawing on the strength of our experiences.