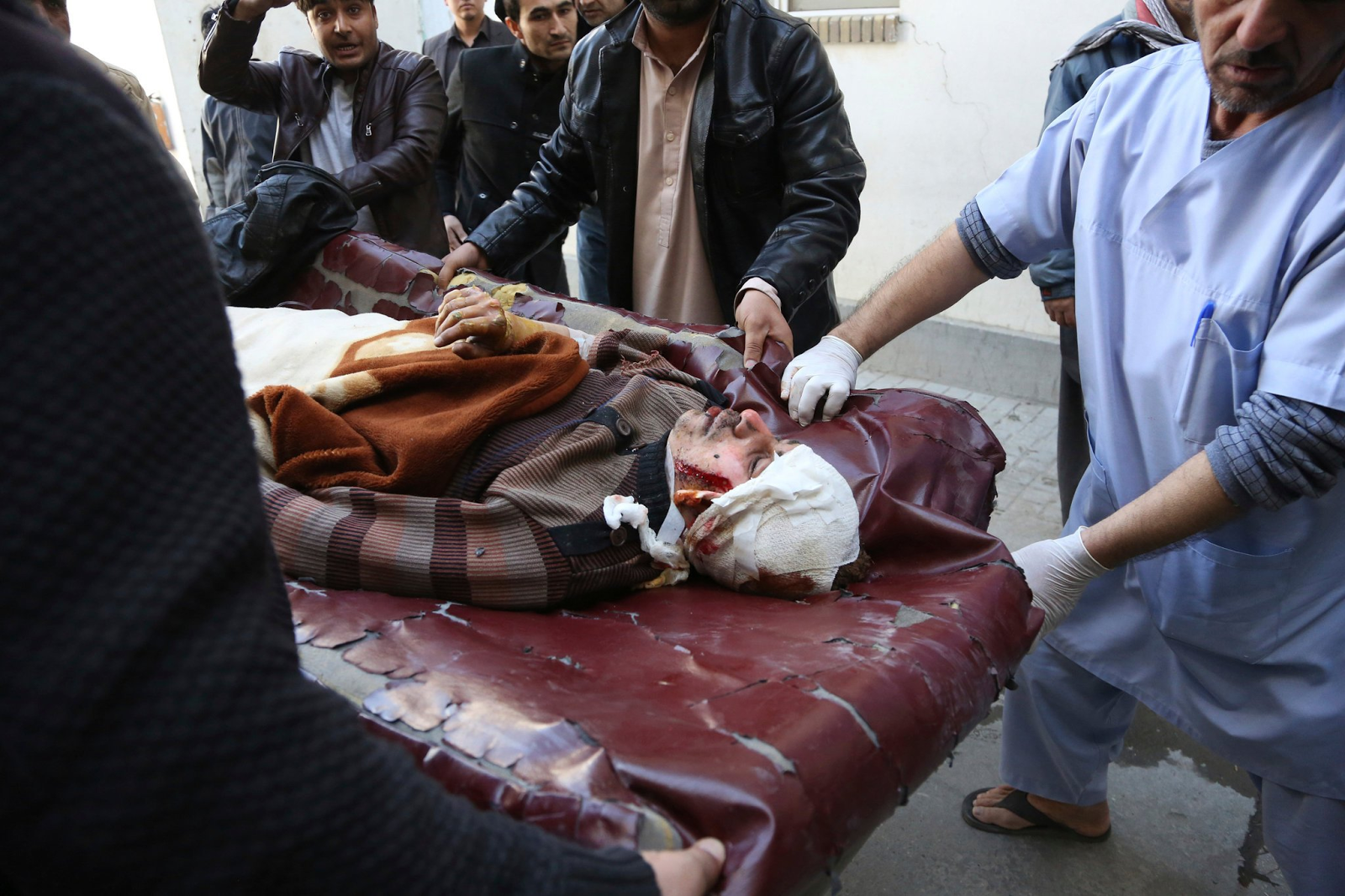 This Thursday, Kabul, Afghanistan suffered an explosion for which the Islamic State has claimed responsibility. The bomb went off in a Shiite cultural center, killing over 40 people (as the body count stands, now), and injuring many more.

This is, unfortunately, only the latest in a series of bombings orchestrated by ISIS to target Afghan civilians. In just the past two years there have been over a dozen attacks in Afghanistan. All of them have been claimed by ISIS.

Thursdays assault involved just one suicide bomber. However he or she chose their target strategically, as the cultural center was, at the time, hosting a discussion group in their basement.

The United States government has responded to the attacks, declaring support and assistance in combating these attacks. 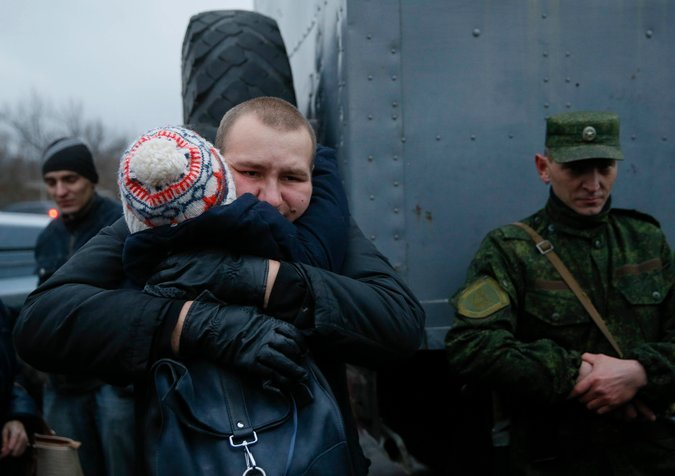 In a break from the ceaseless fighting of the past few years, Ukrainian and Russian forces took this Wednesday to exchange prisoners. This was the largest exchange to have happened between the two sides, allowing over 250 people to return to their appropriate side.

The conflict between the two regions has been going on for 3 years, now. Each attempt at peace has been complicated by a deep seated distrust between the two sides – neither side rests assured that the other will keep its word. In fact, there have already been separatist accusations that the Ukraine has violated its agreement in the prisoner swap, and that there were actually supposed to be over 306 Russian prisoners returned. Ukrainian officials have, however, claimed that the missing prisoners were already released and simply did not show up for the exchange. 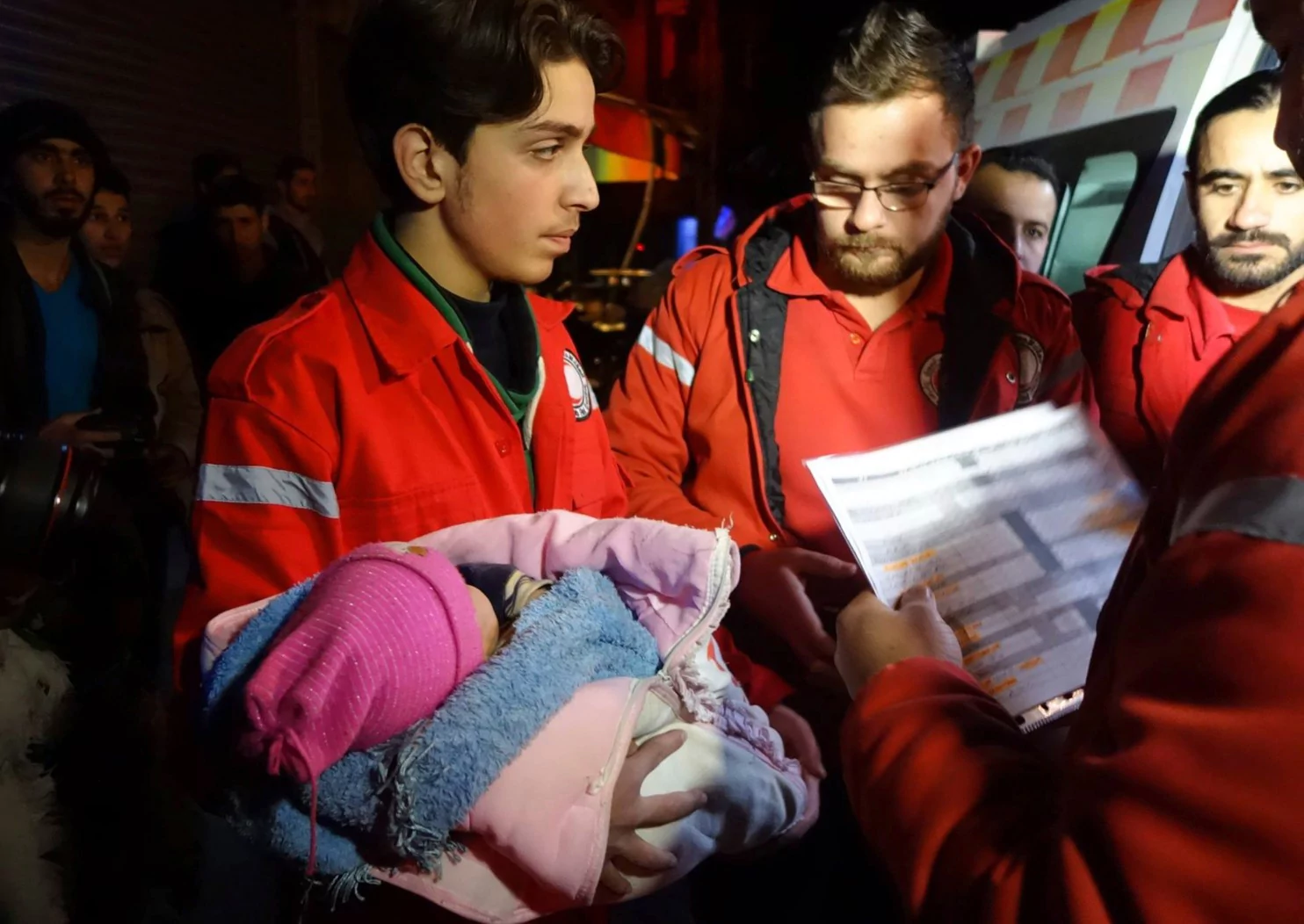 The Ukraine wasn’t the only place to call a ceasefire this week. The Syrian civil war went on pause this Wednesday so that those in need of emergency medical care could reach hospitals safely. The deal was facilitated by the Syrian government through negotiations with the rebels.

Only four evacuees who have been released are the first of twenty-nine, the rest of whom will be released over the course of the coming week. These first four consisted of three sick children and an elderly woman. Those allowed to leave were chosen from 600 total invalids seriously in need of medical attention.

Sadly, four hundred thousand people remain trapped in the besieged suburb (Eastern Ghouta) of Syria’s capital, Damascus. Within the boundaries of the siege, not to mention within Syria as a whole, starvation and illness runs rampant. And, despite this one break  from the onslaught, aid is scarce and rescue unlikely for those in need of it.

The six years of civil war have claimed over half a million lives, and continues to add to that. Hopefully, this small yet meaningful break is just the first step in addressing the devastation that has affected so many lives. 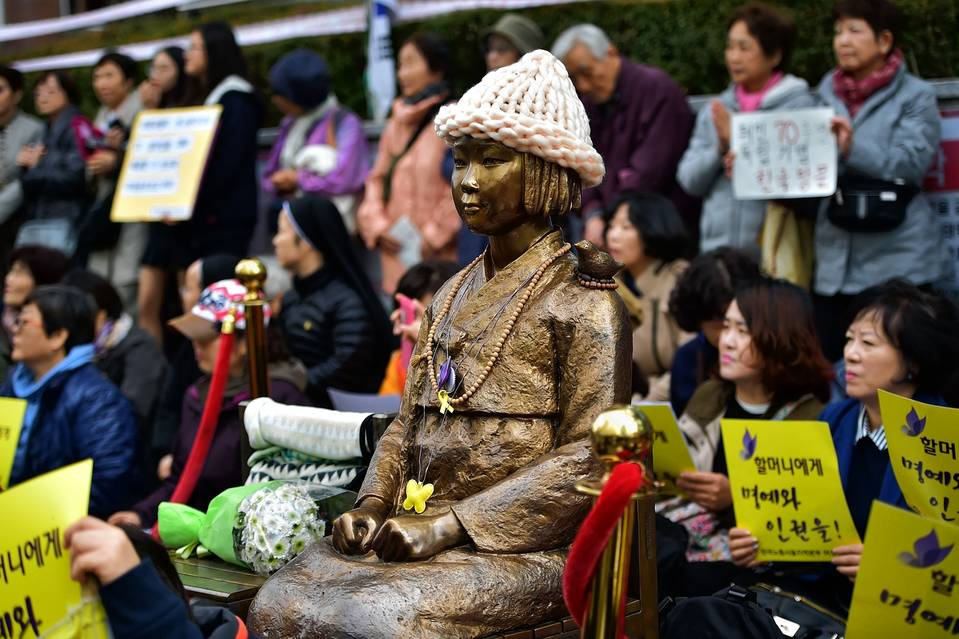 South Korea and Japan continue to struggle with their past of warfare and war-time atrocities – specifically, their continued attempt to come to terms with the issue of “comfort women”. A “Comfort Woman,” for those who do not know, is one of the many thousands of Korean women forced into sexual slavery for the pleasure of Japanese soldiers (and, little known fact, the American troops who came after the war).

While Japan and South Korea had, in fact, reached a deal in 2015 in which Japan compensated those women still living with a payment of 1 billion yen, South Korea claims that this is not enough. They feel that Japan still has not taken legal responsibility for the tragedy. Japan has responded by claiming that, were South Korea to revise the 2015 deal, “Japan’s ties with South Korea [would be] unmanageable.”

The resolution of this issue is significant in that a strong alliance between the two countries is necessary in the face of North Korea and its rapidly growing store of nuclear missiles. Furthermore, as both countries are United States allies, the international implications of this dispute could be profound.

Two of the most prominent socio-political figures of the Western world sat down this Wednesday for a discussion aired by the BBC. Prince Harry of England posed as the interviewer, Former President of the United States Barack Obama as the interviewee. Despite the formal setup, the two share a friendship that has developed over the course of Obama’s presidency and Harry’s mature ascension into the public eye.

The discussion ranged from President Obama’s life post-presidency, to the current political atmosphere, to energizing and engaging with today’s youth. The discussion did, not however, turn to current US President Donald Trump. Or at least, neither party mentioned him explicitly.

However, Obama opened up about his concerns regarding “fake news,” noting that, “one of the dangers of the internet is that people can have entirely different realities. They can be cocooned in information that reinforces their current biases.”

Prince Harry and Mr. Obama both emphasized the importance of youth in mobilizing political movements. The latter, in particular, credited grass roots youth movements for his election.

The tone of hopeful perseverance carried through Obama’s campaign and administration came through in the interview, with both himself and Harry emphasizing the potential for political and social action in the coming years.