Women Were The Winners At This Year’s Golden Globes

Women Were The Winners At This Year’s Golden Globes

The 75th annual Golden Globes will go down in history as the year all women won. With the red carpet blackout, many stars silently showed solidarity against sexual harassment. However, not all celebrities were so quiet in their celebration. Here is a list of the top 7 moments when women won the night.

Earlier this year, over 300 celebrities banded together under the Time’s Up Initiative. For the first public act, black and white buttons were worn on the Golden Globe red carpet. Behind the scenes, this initiative has raised over $15 million. The money will be used to fund the legal fight against sexual harassment beyond Hollywood. 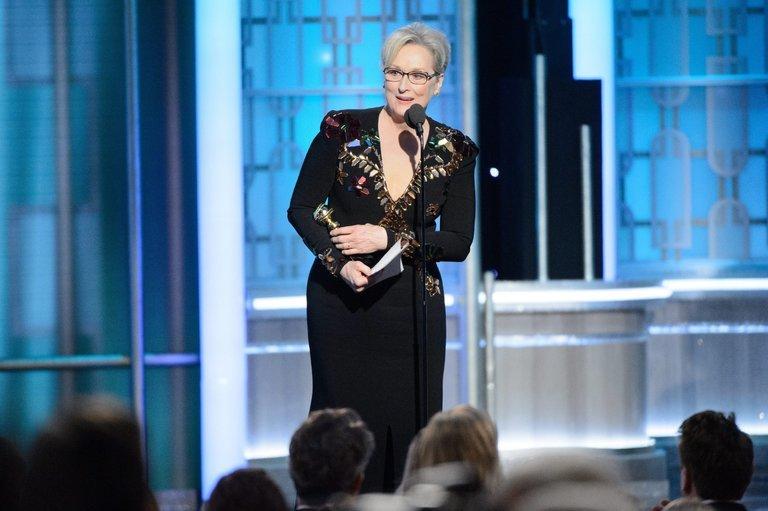 Meryl Streep at the Golden Globes via Variety

#3. All Male Director Category Gets Roasted

When it came time for Natalie Portman to announce the nominees for best director of a motion picture, she was not silent. With a simple two words, all male, she called out what is wrong with Hollywood. The message was clear: don’t snub female directors.

Speaking of female directors that deserve recognition, Greta Gerwig was given her opportunity to shine. After the “Lady Bird” cast gathered onstage, the producer approached the mic as is customary. However, he did not talk about the Best Film Award. Instead, he announced the female director would be giving the speech. He said, “Greta Gerwig is the only one who should speak for Lady Bird”.

Almost all acceptance speeches revolved around the theme of women’s rights. However, Elisabeth Moss from “The Handmaid’s Tale” made one of the best of the night. After thanking Margaret Atwood, she dedicated her award to women “who were brave enough to speak out against intolerance and injustice”. Adding, “We no longer live in the gaps between the stories. We are the story in print, and we are writing the story ourselves”. Wow.

Host Seth Meyers did not go easy on the sleazy men of Hollywood. Initially he takes on Harvey Weinstein, “the elephant not in the room”. Variety quotes Meyers as saying, “don’t worry, he’ll be back in 20 years when he’s the first person ever booed during the In Memoriam”. Additionally, Kevin Spacey was not exempt. Meyers hit hard, referring to Spacey’s removal from both ‘House of Cards’ and “All the Money in the World”. He said, “They’re going to do another season of ‘House of Cards’. Is Christopher Plummer available for that too?” Sick burn Seth!

At this year’s Golden Globes, Oprah won the Cecil B. DeMille Award and gave an empowering acceptance speech. She told the heart-wrenching story of Recy Taylor, a black woman beat and raped by 6 white men in 1944. Recy died just 10 days before the award ceremony. However, Oprah pointed out “she lived as we all have lived, too many years in a culture broken by brutally powerful men. For too long, women have not been heard or believed if they dare speak the truth to the power of those men. But their time is up. Their time is up.” By the end of her passionate dialogue, the whole room was on its feet! In another victory for women, Oprah won the HPFA’s Lifetime Achievement Award. This makes her the first black female recipient.

Women were the real winners this year, as celebrities, stars, activists, and allies came together to celebrate female empowerment. For a night that is typically self-congratulatory and shallow, the 2018 Golden Globes will be remembered for its focus on gender equality. Hopefully, this is a sign of positive things to come in 2018 Hollywood.