Home/blog/First Week of January 2018
Previous Next

Well, it’s the first week of the New Year, and 2018’s news doesn’t look much changed from 2017’s. Drama and aggression reign supreme in the Trump administration – both expressed in tweet form.

One of the President’s most recent tweets was aimed to push North Korean buttons – literally, Mr. Trump claimed that his “nuclear button” is bigger and better than Mr. Kim Jong-un’s.

Meanwhile, Mr. Kim has made overtures towards reopening diplomatic relations with South Korea – a move which could destabilize the latter’s alliance with the U.S.

Russia and Venezuela also make strides in navigating around the U.S. Both countries are exploring the use of crypto currencies and their potential to outmaneuver U.S. financial sanctions.

Disruption continues throughout the Middle East, with protests increasing in frequency and aggression in Iran. The demonstrations are not one-sided, however, with pro-government rallies being held in response to those that protest it.

The poignant yet ridiculous mix of issues in this week’s news makes one thing clear: political maneuverings have real and often violent effects. The absurdity with which some are disguised should in no way diminish the severity of their implications.

Continued Drama in the Trump Administration

Is there no one immune from a feud with President Trump? One of the most recent notables to make the Trump blacklist is his former chief strategist, the infamous Steve Bannon.

Though the two had remained in touch after Trump fired Bannon, apparently their mutual esteem for each other has not stood the test of separation.

The final blow to their relationship came in the form of a book by Michael Wolff, titled Fire and Fury: Inside the Trump Whitehouse. In it, Mr. Bannon is quoted as saying several deeply negative things about the President’s children, particularly Donald Trump Jr. and Ivanka.

The President’s response to this was to defiantly claim that “when [Bannon] was fired, he not only lost his job, he lost his mind.” No further comment has, as yet, been offered by Mr. Bannon. (NYTimes)

North Korea vs. the U.S.: Who’s Got the Biggest Button? 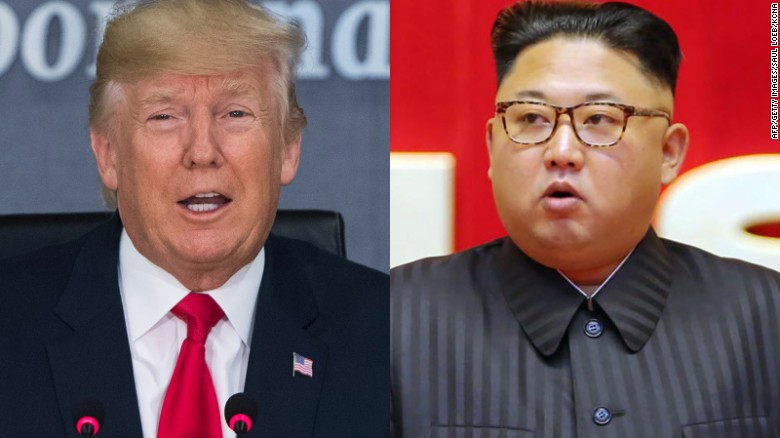 In an ongoing media-war that we can only hope will end sooner than nuclear war begins, Kim Jong-un and President Donald Trump are now challenging each other over the size of their respective nuclear buttons.

Though the two leaders have butted heads via social media in the past, the most recent spat started when North Korean leader Kim Jong-un announced his intentions to mass produce intercontinental missiles and nuclear weapons in the coming year. He went on to “warn” the United States and others with the claim that he has a nuclear button on his desk.

Mr. Trump, rather than reply with any similarly televised statement, stuck to his favorite method of communication: Twitter. The tweet read: “North Korean Leader Kim Jong Un just stated that the ‘Nuclear Button is on his desk at all times.’

Will someone from his depleted and food starved regime please inform him that I too have a Nuclear Button, but it is a much bigger & more powerful one than his, and my Button works!” The innuendo here is all too obvious, and embarrassingly immature.

The exchange of threats between these two nuclear powerhouses demands an endgame. Ideally, that endgame involves a step up in maturity and not an apocalyptic nuclear war. (NYTimes) 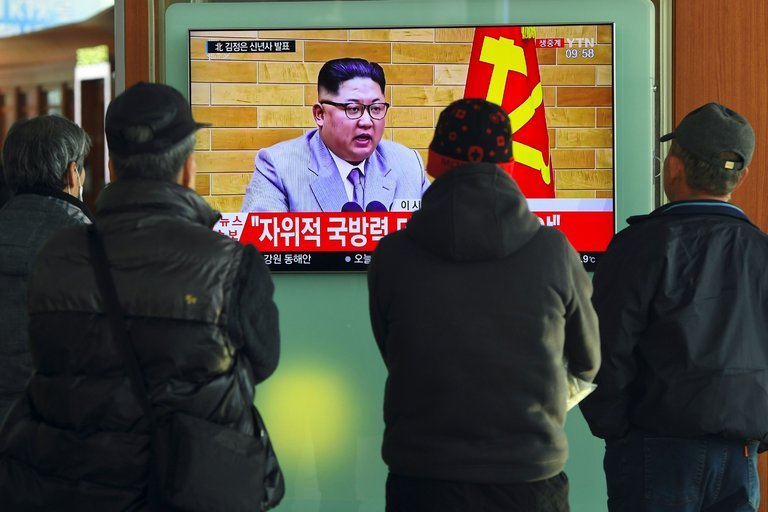 While tensions rise between North Korea and the United States, the former has made an attempt to break the ice that has for so long coated the border between it and its neighbor, South Korea.

Mr. Kim Jong-un is using the upcoming Winter Olympics – held in Seoul next month – to facilitate conversation between the two estranged nations. In a move which contradicts his usual isolationism, Mr. Kim has decided to send a delegation to the Olympics.

Furthermore, he is calling for communications between the North and South Korean governments to occur prior to the games, emphasizing a sense of urgency.

The motivation, however, is not purely positive. Rather, it seems likely that Mr. Kim is using a potential relationship with its neighbor as an opportunity to divide the allyship between South Korea and the United States.

Tensions between the two have been on the rise already, due to South Korean President Moon and President Trump’s differing attitudes towards North Korea. A serious break in the alliance could dramatically change the power dynamic between North Korea and the United States. (NYTimes)

With cryptocurrencies’ rise in popularity and net worth, their usefulness is being taken heed of internationally. Russia and Venezuela, in particular, see cryptocurrencies such as Bitcoin in terms of what they can do to combat American sanctions.

The key to the potential of virtual currencies in the fact that they are decentralized. No one nation or government controls them or dictates their worth. They are based on technology that is applicable regardless of location or user.

According to one of Mr. Putin’s aides, Sergei Glazyev, this would allow those who use them to “settle payments with our business partners all over the world regardless of sanctions.”

The doors that this would open for international finance, and the implications it would have on international relations remains to be seen. What is apparent, however, is the fact that the niche market of cryptocurrencies has turned into something to be reckoned with in the modern world. (NYTimes) 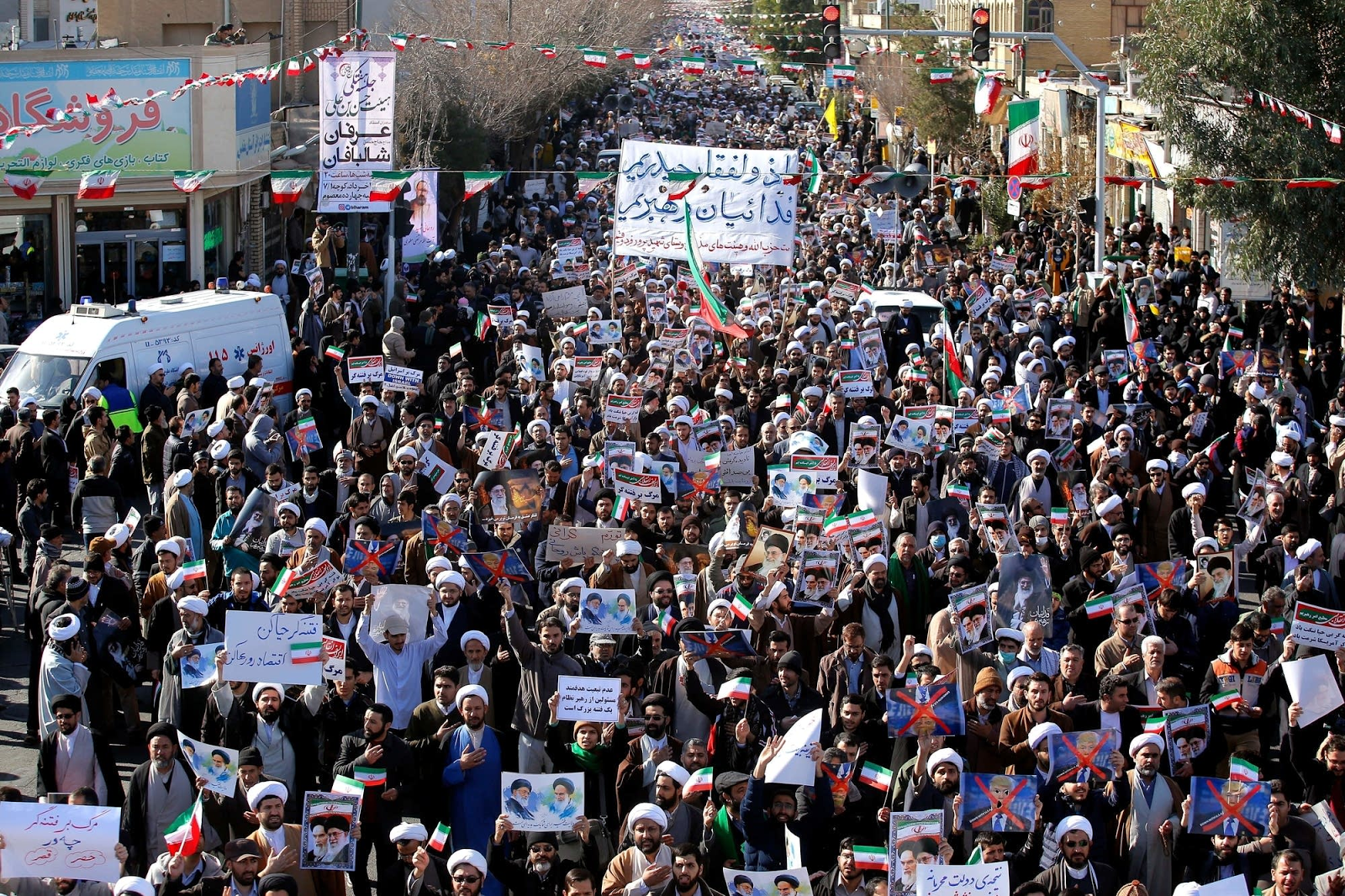 Volatile Iran, a cry for help?

The government protests have been increasing dramatically since mid-December. Spreading into Iran’s vast countryside, these expressions of anti-government sentiment have generated an unrest that has led to nearly two dozen deaths, and many more arrests.

Why the protests? Iranians are frustrated with the country’s increasingly unhealthy economy, the rising food prices, and the lack of separation between church and state.

While protests have continued on and off since the 2009 presidential elections (which saw President Hassan Rouhani elected), they have escalated noticeably in recent weeks.

Thus, the recent rallies that have been orchestrated in support of the government are aimed at toning down the deepening unrest, and raising national morale. The myriad of problems facing the Iranian and government and its people remain to be solved.

However, the counter-protests will hopefully prevent the violence sparked by the anti-government protests from going any farther. (NYTimes)