Workplace Sexual Assault and Female Empowerment in the United Kingdom

Workplace Sexual Assault and Female Empowerment in the United Kingdom

In light of the recent allegations plaguing Hollywood and Washington D.C., the problem of sexual assault is now headline news. In the United Kingdom, women are taking their cues from the brave ladies in the US. They are beginning to speak out against men in powerful positions. With the spotlight on sexual assault, this is a great opportunity for the government of the United Kingdom to empower women and change the norms around this prevalent issue.

Thanks to #MeToo, women around the world have a platform to tell about the everyday reality of workplace harassment. This social media campaign has swept across 85 countries. It has inspired women in all walks of life to say something. In the United Kingdom, the primary allegations against prominent men have come from within Parliament. Now, those within and without are currently trying to hold the government accountable. 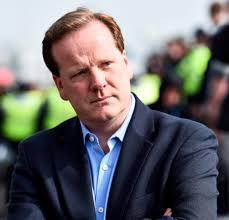 Charlie Elphicke via the Sun at www.nazsmyth.co.uk

The UK workplace harassment scandal has rocked Parliament to its core. The following is a list of current allegations from the Guardian: 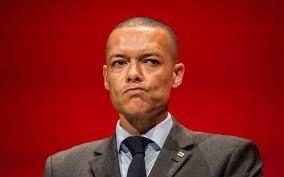 Clive Lewis, a third MP from the Labour Party is being investigated for groping

Michael Fallen stepped down last week citing “his past behavior didn’t meet his own ‘high standards’”. He admitted to touching a journalist’s leg, but commented to the BBC “what was acceptable 15,10 years ago is clearly not acceptable now”. It is clear Michael Fallon still does not realize that type of behavior was never acceptable, and he is still slated to remain a member in Parliament. 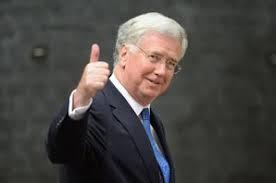 Michael Fallen Via The Mirror

As more allegations come out against MPs on both sides of the aisle, Theresa May is being urged to divvy up punishments equally. The House of Commons has been riddled with charges of sexual assault in the workplace, and only a few have been placed on leave or dismissed. Some have stepped down. Since this is obviously an issue on all sides of the aisle, Theresa May is being called on to address this issue on a partisan level. The Guardian reports she is not commenting as to whether or not she knew about these issues before they broke as news.

Maternity Discrimination is another type of workplace bias currently making the news. A 2016 study by the Equality and Human Rights Commission reported 54,000 women lost their jobs as the result of this kind of discrimination. That is 11% of the 500,000 pregnant working women. Maternity Action is a charity concerned with the wellbeing of expecting women. Lately, they have been trying to hold the government accountable. Parliament broke a promise to “act on a pledge to review redundancy protections for pregnant women and new mothers”. As of October 2017, Maternity Action reported the government was looking toward change that does not include legislation.

Female Empowerment in the United Kingdom

What is to be done? Green Party leader Caroline Lucas has put forth a few ideas. There is a proposal for Parliament to directly employ staff as opposed to the MPs themselves. However, there is even more broad support for giving the 650 MPs management training. It is not clear whether that would include consent.

In order for men to be held accountable and women to feel safe in the workplace, the government needs to insure women feel safe reporting. Laws against retaliation need to be passed and clarified, so women can be sure they won’t suffer for someone else’s actions. In addition, there needs to be more stringent legislation around sexual harassment and maternity protections in the workplace. For now, let’s continue to encourage women to share their #MeToo experiences.