This year’s 72nd United Nations General Assembly marked the first time President Donald Trump spoke to the group. In his 40+ minute speech, he pushed his agenda of America first. He spoke against Iran and declared the destruction of North Korea. Kim Jong-un responded directly to Trump’s speech, making the tension between both nations’ even worst.

Trump’s address to the UN was loaded with his signature power phrases. He started out with praises of all he has done, like boost the economy. He rejected the Iran Nuclear Deal by calling it an “embarrassment to the United States.” He continued on pleading for an end to Iran’s oppressive government. The big jab came when Trump called North Korea’s President “rocket man” and threatened to end them. His persona of powerful and almighty also touched on the importance of loyalty in one’s country.

“If this is not twisted enough, now North Korea’s reckless pursuit of nuclear weapons and ballistic missiles threatens the entire world with unthinkable loss of human life,” said trump in his speech. “The United States has great strength and patience, but if it is forced to defend itself or its allies, we will have no choice but to totally destroy North Korea. Rocket Man is on a suicide mission for himself and for his regime. The United States is ready, willing and able, but hopefully this will not be necessary. That’s what the United Nations is all about; that’s what the United Nations is for. Let’s see how they do.” 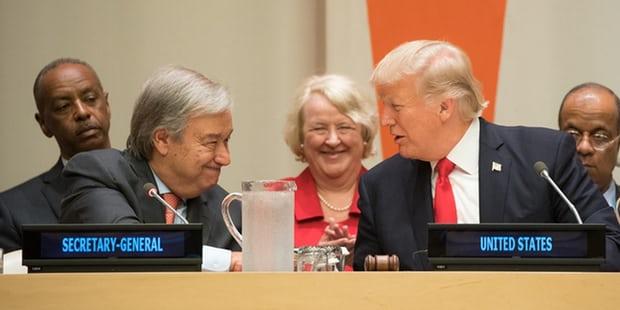 His bold choice of words stirred the already boiling pot between DPRK and the US. Rather than focus on topics like climate control, social change, etc. he chose to do what he did best: complain.

This did not sit well with North Korean Leaders and others in charge.

Ri Yong Ho, a North Korean Foreign Minister, spoke to the United Nations where he reacted to Trump’s address.

“None other than Trump himself is on a suicide mission,” Ri said in a speech at the UN General Assembly according to CNN. “In case innocent lives of the US are harmed because of this suicide attack, Trump will be held totally responsible.” He continues to call him a mentally deranged man who needs to be careful of his choice of words.

Ho also held a press conference outside the UN. He spoke of the war trump declared and hopes that the world will remember who started it.

“As you already know, for the last few days, the United Nations sincerely wished that the war of words between the DPRK and the United States did not turn into real actions,” he said according to Gizmodo. “However, last weekend Trump claimed that our leadership wouldn’t be around much longer. And hence, at last, he declared a war on our country.”

Reuters reported in a statement released by the Pentagon, “If North Korea does not stop their provocative actions, you know, we will make sure that we provide options to the President to deal with North Korea.”

Kim Jong-un spoke through the official Korean Central News Agency where he called Trump a thug and a coward. According to Forbes, Jong-un said trump was nervous and using scare tactics to provoke him. He compared Trump to a dog by saying, “a frightened dog barks louder.” Jong-un also stated, “I would like to advise Trump to exercise prudence in selecting words and to be considerate of whom he speaks to when making a speech in front of the world.” 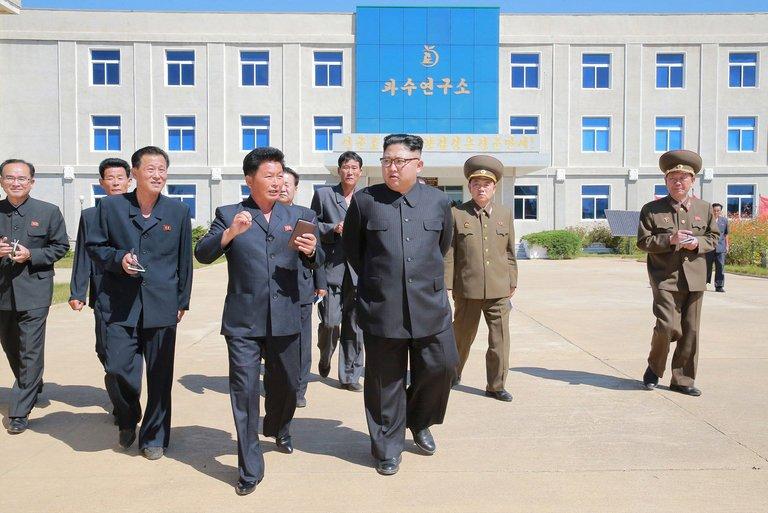 “Multilateralism is the most efficient way to face global challenges. It is the realization of a vision of the world that protects us,” Macron said in his first speech to the UN according to Reuters. “Multilateralism must do everything to avoid war. Every time we have forgotten this and tried to get a short-term satisfactory solution without a diplomatic road map we failed and that was the case in Iraq and Libya. With North Korea we are not there. I think it is untimely to put forward the threat of war”

No nation really wants the war but it seems to be sure, unless the United Nations comes up with a solution.

“It baffles me how President Trump could speak like that in front of the UN and not expect some type of response from North Korea. We must work together now to prevent what could possibly be another World War,” said Naz Smyth.

We now wait to see what Trump or North Korea do.