Former First Lady Michelle Obama criticized women who voted against Hillary Clinton. Ms.Obama was very candid about her thoughts on the 2017 Presidential Election while speaking at a convention. She believes women who chose to vote for Donald Trump voted against their own voice.  This caused quite a stir with some criticizing the former first lady and her choice of words.

Ms.Obama was a keynote speaker at the 2017 Inbound Conference last week. According to their website, “INBOUND purpose is to provide the inspiration, education, and connections you need to grow and transform your business…Through inspiring keynotes, innovative talks, educational breakouts, hands-on lessons, and tons of networking, you will learn how the INBOUND experience, and especially our content, is truly remarkable.”

In Ms.Obama’s speech, she talked about women who voted for Donald Trump. “Any woman who voted against Hillary Clinton voted against their own voice,” she said according to CNN. “What does it mean for us as women that we look at those two candidates, as women, and many of us said, that guy, he’s better for me, his voice is more true to me,” Obama said. “Well, to me that just says you don’t like your voice. You like the thing you’re told to like.” 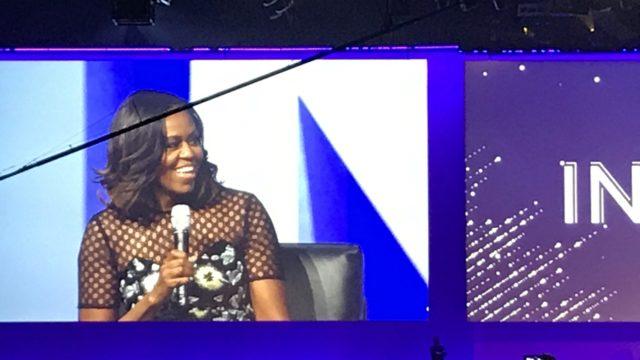 This is not the first time the former first lady has denounced Trump. Audio leaked during his campaign of him saying distasteful comments about grabbing women by their vagina.

At the time, Ms.Obama had this to say, “I can’t believe that I’m saying that a candidate for president of the United States has bragged about sexually assaulting women. “

She added speaking at a Clinton campaign according to Business Insider, “The shameful comments about our bodies, the disrespect of our ambitions and intellect, belief that you can do anything you want to a woman. It is cruel. It is frightening. And the truth is it hurts. It’s like that sick, sinking feeling you get when you’re walking down the street minding your own business and some guy yells out vulgar words about your body. Or like that guy at work who stands a little too close, stares a little too long.”

Ms.Obama was a crucial supporter of Clinton during her campaign, rallying around her team to gather other supporters. Michelle also talked about personal life and the repeal and replace of the Affordable Care Act.  There is also a book planned for the future according to AOL. 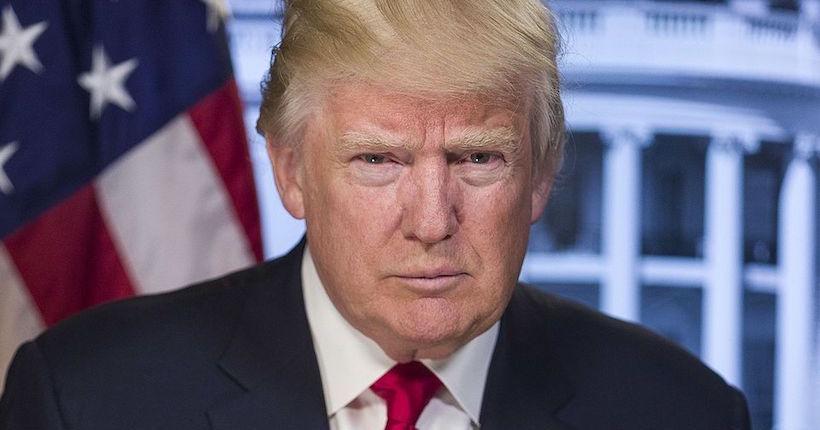 Harsh was some of her choice of words about Trump. Nonetheless, she assured the audience that she and her husband want nothing more than success for Trump. “Barack is not going to turn into what this President was, which is somebody tweeting in the wind and stirring up mess without really knowing what they’re talking about,” she told the audience according to Independent.

No matter, some did not see her side so clearly.

Karol Markowicz, a writer for the New York Post, wrote a piece calling out Ms.Obama. She wrote, “It echoed what Hillary Clinton herself had said a few weeks ago during an interview with NPR. Clinton approvingly retold a story about Sheryl Sandberg, of ‘Lean-In’ fame, telling her that women — ‘principally’ white women — ‘will be under tremendous pressure from fathers and husbands and boyfriends and male employers not to vote for ‘the girl.’”

Markowicz continued, “There were many reasons many women didn’t vote for Hillary Clinton. To assume that the men in their lives made them do it is foolish. You’d think those pushing this trope would notice that pressuring women to vote a certain way didn’t work in 2016. Mocking them as dummies who blindly follow men probably won’t work next time either.”

It is clear that the former first lady sparked a conversation within the community of women voters.

“What we need to be doing is empowering each other rather than bringing ourselves down,” said Naz Smyth. “You have to be able to see both sides and in both instances choice of words is an important take away.”