How the Standstill can Affect More Than Just the Government

Britain leaving the European Union has been far from a smooth road. It is still unclear what exactly the terms are between the United Kingdom and the EU. Prime Minister Theresa May made a surprise visit to Brussels to talk negotiations with the EU.  However, the chance of a no-deal outcome could see a strain on jobs as well as a tariff on EU goods. This talk hopes to break the standstill between the two parties before the European Council Summit this Thursday.

What exactly is Brexit?

Brexit is a combination of the words Britain and Exit. It has become a term used to represent the UK leaving the EU.

More than 30 million people turned out on June 23, 2016 to vote on whether or not to leave the union. 51.9% of voters wanted out, according to BBC Statistics. A figure released by Independent back in April of this year revealed that 45% of voters believed it was a wrong decision.

In the letter Theresa May wrote that began Brexit on March 29 2017, “It is for these reasons that we want to be able to agree a deep and special partnership, taking in both economic and security cooperation, but it is also because we want to play our part in making sure that Europe remains strong and prosperous and able to lead in the world, projecting its values and defending itself from security threats.”

Still, there have been no real advancements between the UK and the EU on an agreement.

What is new with Brexit?

Theresa May and European Commission President Jean-Claude Juncker dined and talked according to The Washington Post. It is said that the stalled talks should accelerate within these coming months. May spoke with German Chancellor Angela Merkel, French President Emmanuel Macron and Irish leader Leo Varadkar prior to the dinner. Her goal was to build support with Senior European Union Members.

According to DW, this 90-minute dinner, that British press called “Emergency talks,” took place strategically days before the sixth round of talks. This, however, has increased the fear that the UK will crash out of the agreement come March 2019. 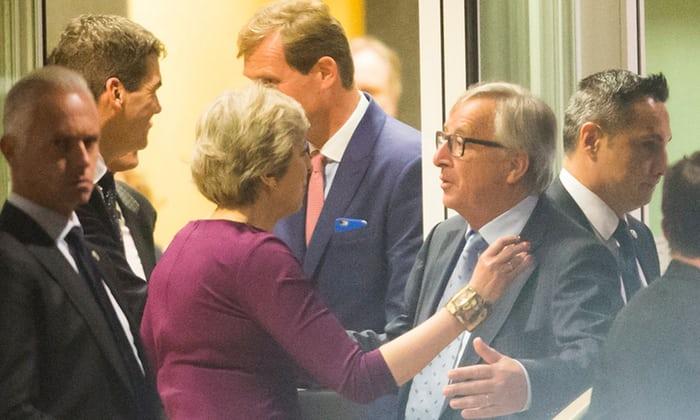 The prime minister, Theresa May, with the European commission president, Jean-Claude Juncker, in Brussels Via (The Guardian)

According to The Guardian, Conservative MP’s from both opposing and supporting sides have tried to downplay the chance of a no-deal.

“I do think we’ve got to make it clear, only a handful of hard right wing Eurosceptics really think no deal is desirable,” he told BBC Radio 4’s Today programme. “A majority will, I think, wish to look in the round at whatever this crisis scenario is that has arisen at the time.”

If there is no deal struck between the two parties, the results would affect poorer, low-income, families. The introduction of Tariffs, or taxes on imported goods, from the EU would increase the price of goods people use every day. According to a report published on The Guardian, “Imposing tariffs on EU goods after Brexit would lead to an 8% increase in dairy products, a 6% rise in meat and a 5.5% jump in the cars of motor vehicles” 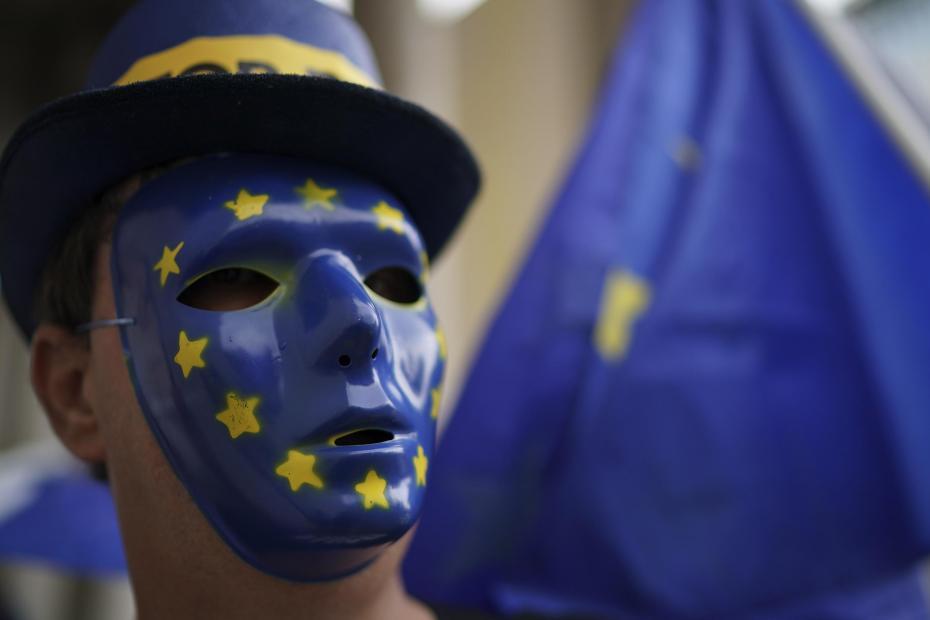 The effects of a no-deal situation would be profound on trade, businesses, household budgets and prices of food and fuel Via (Independent)

According to another article by The Guardian, a report done last year showed the risk of losing 75,000 jobs and up to £10 billion in tax revenue. Only if the UK relies on World Trade Organizations rules and a no-deal ruling

“Something has to be done,” said Naz. “If a no-deal was to happen, which it sounds like Theresa May is looking for some type of agreement, this could affect thousands if not millions of lives.”

If a negotiation is not figured out than Brexit as a whole could see to collapse. According to Bloomberg Politics, The Brexit Government said in an email, “We are making real and tangible progress – though we hope that the 27 will use the October Council this week to give Michel Barnier the means to make further steps. We are taking forward these negotiations in a constructive and responsible way.”

Discussions start back up Thursday.