Investigation by the Football Association finds no wrong-doing

The midfielders for the England female soccer team gather with their team manager. In the meeting, the manager makes a comparison to pressing hard on the field (putting pressure on your opponent that has the ball) and getting a caution (getting a yellow or red card). The manager compares the caution to a police caution, to which he turns to one of the players. To which the manger asked the mixed-race player, “Haven’t you been arrested before? Four times isn’t it?” This remark catalyzed Eniola Aluko to write an eight-page complaint against the manager. A racial remark like this was not the first. Anti-discrimination group have called for the transparency with this case including why the FA has tried so hard to keep it quiet.

Eni Aluko is one of England’s star female soccer players with 102 plays in big games. She is also a lawyer. In 2016, Pandora’s Box opened when Aluko was asked to be part of a “culture review.” In a video titled “Show Racism the Red Card,” she speaks on racism as a whole. In the video, she tells viewers to speak up against prejudice, discrimination and hatred. Aluko did just that. 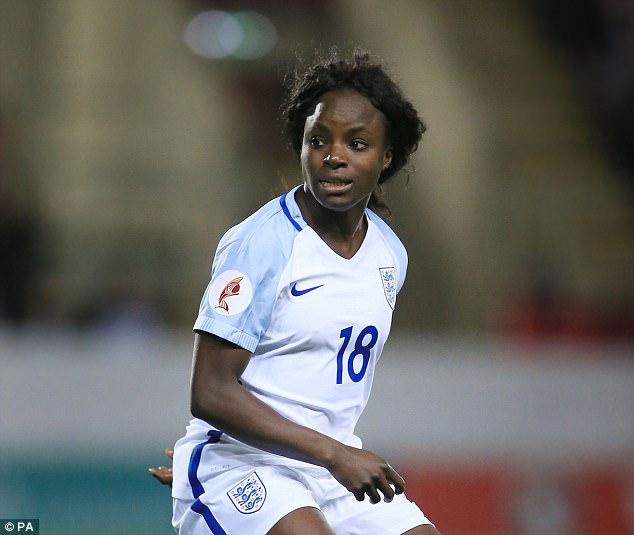 “During a meeting, at which I was not present, MS [Sampson] used an analogy about pressing hard in midfield and getting a caution like a police caution,” the report submitted to the FA stated according to BBC. “MS then addressed the player individually and said in relation to being cautioned by police: ‘Haven’t you been arrested before? Four times isn’t it?’ This comment about the player was made with derogatory, racial and prejudicial connotations.”

The young, mixed-race, player who Sampson called out was a newcomer on the team. Disgusted by his remarks, other members of the team did not find it funny. An internal investigation began by the FA to look into these allegations against the coach. Barrister Katherine Newton ran an investigation separately for the FA as well. Hailed as an “expert on employment and discrimination law,” according to Independent.

“I do not consider that Mark Sampson has held a long-standing negative bias against you [Aluko] based on negative racial stereotypes,” Newton concluded. “Nor do I consider he subjected you to a course of bullying or belittling behavior. I should add that I consider that you genuinely believe that you have been treated in this manner. However, I do not consider there is sufficient evidence to support that belief or to draw an inference of discrimination.”

The singled-out player remained anonymous. Neither Sampson nor any other staff was found guilty of any wrongdoing. £80,000 was paid in “hush-money” to Aluko, as well as a £20,000 one-year central contract according to The Guardian. However, this was only one small part of an eight-page complaint.

Surprised was Aluko when the FA gave her permission to speak on the subject (the contract she signed forbid speaking out). Not only had she kept quiet about the racial injustice but she now felt the need to speak up. Especially when her own cooperation and other media sources framed her as a liar.

“As a black female in the team, understanding the unfavorable, racial and social connotations underlying MS’s comment further heightened my feelings of fear and isolation, especially in light of the previous instances where I have been negatively singled out, too,” stated in the case.

In an interview she did with The Guardian, Aluko brings up the moment she felt her coach racially profiled her. 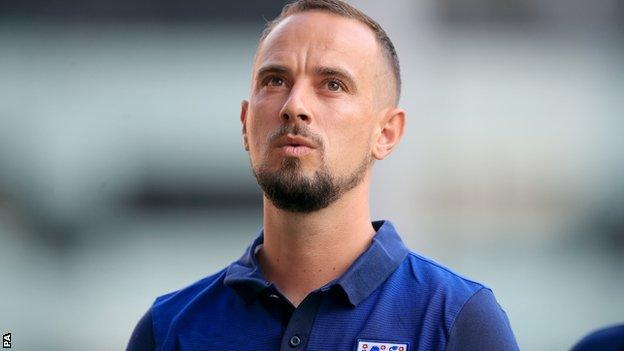 “We were in the hotel before the Germany game [in November 2014]. Everybody was excited. It was a big game. On the wall there was a list of the family and friends who were coming to watch us and I just happened to be next to Mark. He asked me if I had anyone who would be there and I said I had family coming over from Nigeria. ‘Oh,’ he said. ‘Nigeria? Make sure they don’t bring Ebola with them.’”

She half-laughed and brushed it off, a mechanism she says she created when dealing with discrimination.

After a three-month inspection by Newton, she found the final piece to the puzzle: A video. The video contained the meeting that took place between said soccer player and coach. Newton concluded that the video did not support what Aluko had claimed.

“The player in question is in the video, as are three other white players and Mark Sampson,” said in the final 15-page report filed by Newton. “The sound is clear and there are no references to police cautions or anyone being arrested, let alone a suggestion directly to the player in question that she has been arrested.”

Sampson has no memory of making such racist comments. Aluko also was not present at that meeting. Nor was the other player or her was she interviewed during the investigation. This means that she has no evidence herself. The FA’s reason for the big pay out was to avoid a scandal before this summer’s Euro 2017 tournament.

For Aluko, it is a devastating loss to her. From being one of the top players to public ridicule, this “Hush-money” deal has been far from quiet.

“Race, for some reason, is this taboo subject that everyone avoids talking about,” said Aluko in her interview. “The minute you are brave enough to talk about race, you are in a difficult situation. That in itself is discrimination: the mere fact I am in this position. I probably cannot play for England again. I’ve lost my England career despite being the leading scorer in the league last season.”