Iran spies and blackmails journalists who depicts them negatively

Iranian spies are threatening journalists who do not portray Iran in a positive light. Family members have also been threatened by the Iranian spy network. Their tactic is to use blackmail and terror against western journalists. The reason for this corruption is to hide what is really going on: Human rights violations and illegal activities.

These allegations come after a report released by Reporters Without Borders, a non-profit group that fights for the freedom of press. The Iranian intelligence service contacts whomever to meet with an intelligence ministry agent that intimidates them to stop any foul words against Iran. 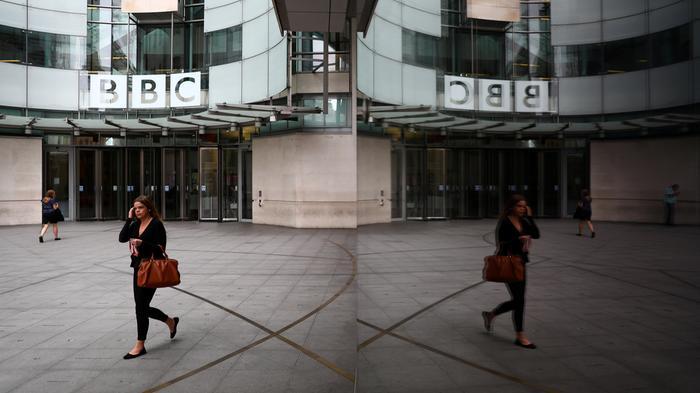 Outside BBC’s Broadcasting House in London Via (The National)

“In the past year, RWB has learned of ten families of journalists who have been summoned to such interviews, usually with intelligence ministry agents,” said in Report.  “In all, at least 50 journalists based abroad have been threatened in some way in the same period. At least 16 of them have received death threats.”

Back in August Director of the BBC World Service Francesca Unsworth reported over 150 BBC Persian staff and writers assets were halted in Iran. This meant that any payments or transactions made in Iran would freeze. Past workers were also on the list.

Outside BBC’s Broadcasting House in London Via (The National)

Iran already banned its people from contacting foreign news groups like BBC. They described to Reuters as toppling the Islamic theocracy.

This came after the 2009 re-election of President Mahmous Ahmaidinejad where Iran accused BBC of sparking unrest and going against the best interests of the Islamic Republic.

“We deplore what appears to be a targeted attack on BBC Persian staff, former staff, and some contributors. It is appalling that anyone should suffer legal or financial consequences because of their association with the BBC,” Francesca Unsworth said in a statement. “We call upon the Iranian authorities to reverse this order urgently and allow BBC staff and former staff to enjoy the same financial rights as their fellow citizens.”

BBC is not the only group hijacked by the Iranian government. Any influential source has the potential of being spied on by Iran. In fact, both Radio Farda and the Free Beacon have all been breached by the Islamic state.

“It was insane,” a writer from the Free Beacon said while attending the nuclear negotiations in Vienna. “They would openly get in the faces of Iranian reporters from Western outlets and take pictures just to make sure that the journalists knew that the regime knew who they were and they were being watched. It’s impossible to imagine this didn’t significantly influence the coverage that came out of the nuclear talks, and even more broadly.”

Radio Farda director Arman Mostofi told RWB around ten anonymous death threats have been made to four of their station’s reporters.

Families are also being subjected to pressure from Iran.

Child and Father look at stack of newspaper Via (The Conversation)

Privately owned broadcaster Radio Zamaneh’s edit-in-chief told RWB, ““The family of one of our journalists was summoned by intelligence ministry agents,” he said. “After showing articles by him that had been posted on our website, they said: ‘Tell him to stop working with Radio Zamaneh.’ Another journalist, a former prisoner of conscience, has been threatened several times by telephone. They tell him his family will suffer the aftermath if he does not return to Iran.”

Hacking is also a tactic that is being used against journalist who goes against what Iran wants.

“When your father calls and an intelligence ministry agent takes the phone and says, ‘your father is here and we’re talking about you,’ and you know that your family is being harassed and is in danger of being arrested, how can your write freely?” an animus reporter told RWB. “After members of my family had been summoned for questioning, I could no longer work as I had before.”

At least five known journalists have been arrested after returning to Iran. With some sentences lasting from three to twelve years behind bars according to IFEX.

Mostofi told RWB the station’s will not give into pressure and will not self-censor.  He warned journalists about the possible threats they face if they continue. However, “ 99% of the time, the journalists are determined, and decide to continue their work.”

Freedom of speech is a luxury many parts of the world do not have. Neither spying nor scare tactics will stop journalist from reporting on the fifth estate.

“They must continue to strive to bring the truth to light, whether it’s gray or blue,” said Naz. “Terror will not stop  the truth from being set free.”