It all began with the blanket of night and a mob like group descending through the campus of the University of Virginia in Charlottesville.  The scene was reminiscent of a movie. This, however, was only the beginning wrote Naz Smyth.

On August 11, a group of white supremacist and Ku Klux Klan members wielding torches and khaki shorts.  Alt-right as they are being called was led by the leader Jason Kessler. The march began on campus and ended at the statue of Thomas Jefferson where they were clashed with counter-protestors made up of mostly students.  Some students were also protesting the racist groups who were in town for a bigger rally the following day.

The white nationalist can be heard in the video posted on YouTube, “you (Jews) will not replace us! Blood and Soil! White lives matter,” just to name a few. 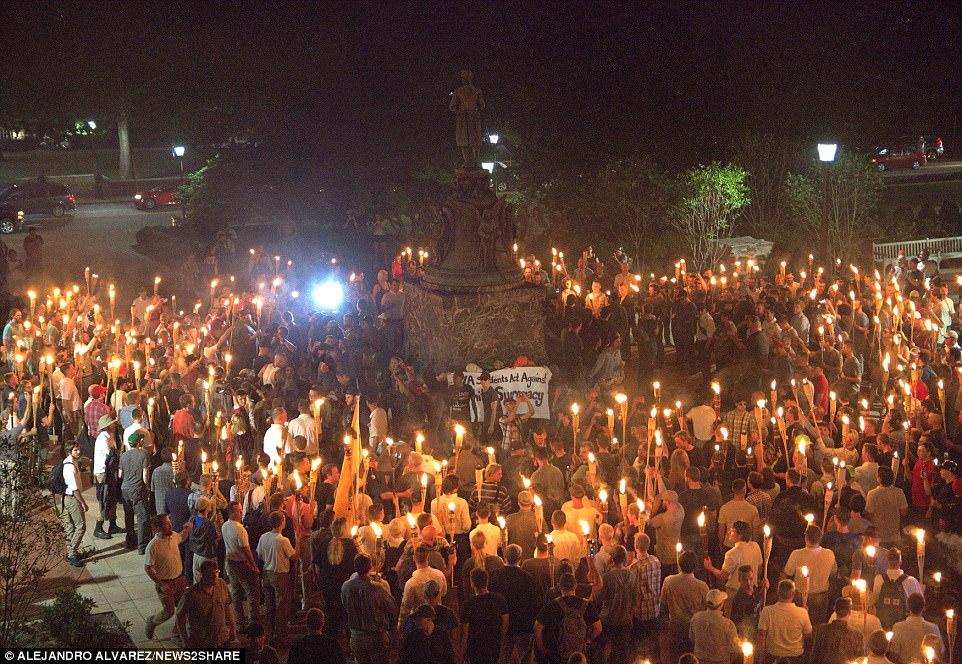 The bigger rally, “Unite the Right,” drew thousands into the quiet town of Charlottesville. It was planned to be held from noon to 5 p.m. according to The Washington Post. By 8 a.m. people were seen inside Charlottesville Emancipation Park, where the rally and the statue of Robert E. Lee stood. Whites were seen dressed from head-to-toe in army gear, as if they were ready for war. Others came with flags, shields, weapons, and other intimidating items.

According to Christian YingLing, who told Washington Post that he was a leader of this militia army, the police were fine with their present. Even the automatic guns they held. “The militia showed up with long rifles, and we were concerned to have that in the mix,” said Brian Moran, Virginia Secretary of Public Safety and Homeland Security. “They seemed like they weren’t there to cause trouble, but it was a concern to have rifles in that kind of environment.” 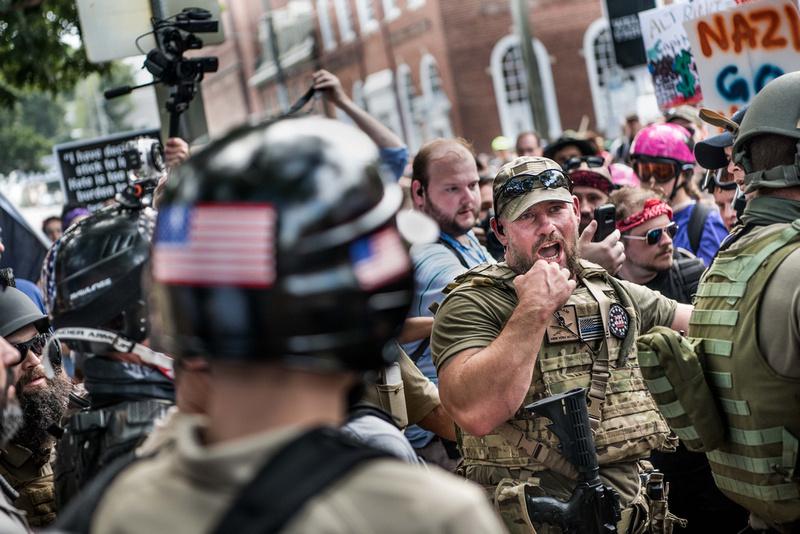 Counter-protestors met as well to battle this act of hate. As both sides quarreled, matters got out of hand. By 11:28 a.m. Virginia Governor Terry McAuliffe declared a state of emergency after reports of injuries and unlawful assembly according to VA State Police’s Twitter Account. Rocks, bottles, clubs and anything else that could be used as a projectile were seen getting thrown as fights broke out in a segment by PBS.

The park now filled with people was ordered to disperse by the failed police department. As a group of anti-fascist made their way through a small street, a speeding car rammed through the crowd, killing one. 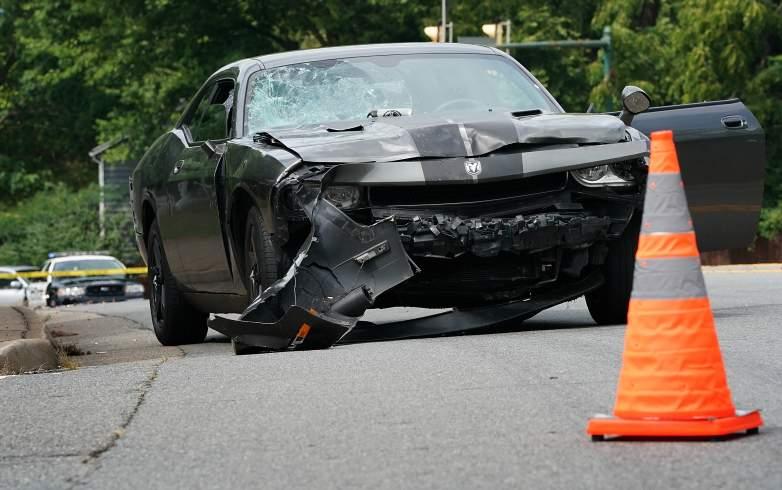 James Alex Fields, a man from Ohio, was charged with second-degree murder of 32-year-old Heather Heyer. The gray dodge also injured 19 others were injured and two other cops were killed in a helicopter accident according to ABC News. Fields was confirmed as a white extremist and sympathizer. 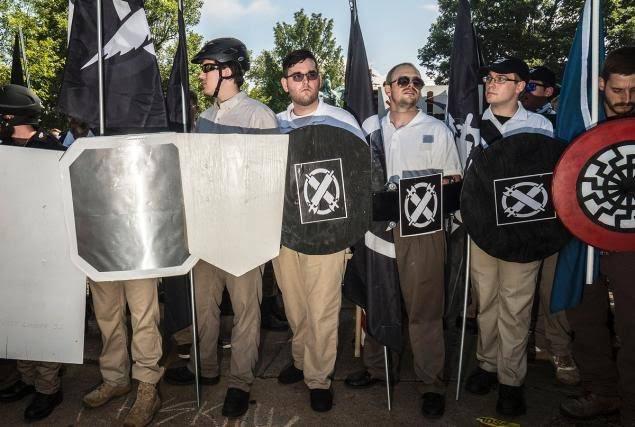 All eyes were on Charlottesville and the terrorist attack carried out by radical neo-Nazis. The death of Heyer brought vigils and marches in solidarity of those injured and lost. With sympathy being shown from celebrities to people on the other side of the world, we all were looking towards one: Donald Trump.

A day passed…….nothing. On the second day however he had enough criticism from the media and spoke in a press conference where he condemned both sides stating “their was wrong on many sides, many sides.” He did state that white supremacist, KKK, neo-Nazis, would not be accepted; it seemed rhetorical. 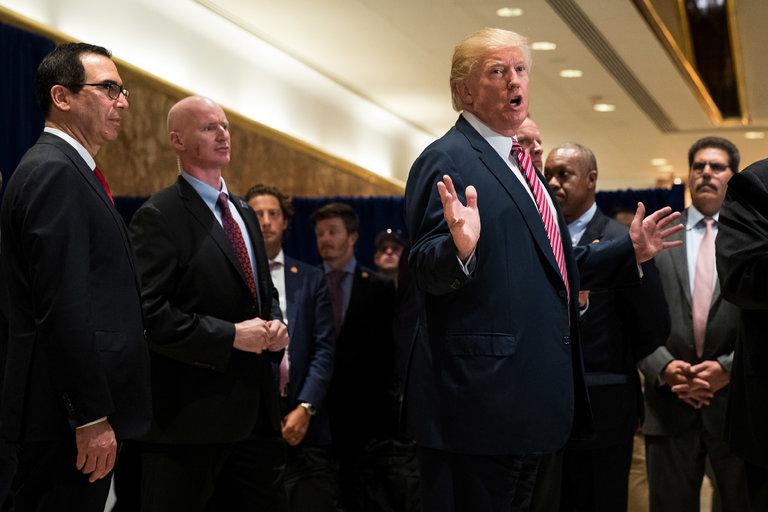 Susan Bro, the mother of Heyer, said in an interview with ABC’s Good Morning America, “I saw an actual clip of him at a press conference equating the protesters like Ms.Heyer with the KKK and the White Supremacist. You can’t wash this one away by shaking my hand and saying ‘I’m Sorry,’ I’m not forgiving for that.”

Now with the lowest rating he’s had since he took office at a disgracing 35%, people are now calling for the impeachment of Trump. “I believe the president should be impeached and removed from office,” said  Steve Cohen, a ranking member of the house Judiciary Subcommittee on the Constitution and Civil Justice, in a press release. “Instead of unequivocally condemning hateful actions by neo-Nazis, white nationalists and Klansmen following a national tragedy, the president said, ‘there were very fine people on both sides.’ There are no good Nazis! There are no good Klansmen!”