Hush Money: Hastert Once Again in News for Abuse Case

Home/blog/Hush Money: Hastert Once Again in News for Abuse Case
Previous Next

Hush Money: Hastert Once Again in News for Abuse Case

Dennis Hastert is once again in the news for his child abuse case from the 1980s.

The former political rep has been embattled in legal trouble for the past 20 years. He was a long running republican speaker of the house. Also, he was one of the highest ranked politicians to ever go to jail.

He started out working at a high school as coach and teacher. There, it is contended, he sexually abused a boy. Over the next two decades, he paid the boy hush money to keep quiet about the abuse. (New York Times)

Naz Smith, a feminist based on London, spoke on the issue.

“Hastert is one of those men who usually get away. We see lots of powerful politicians escape the cold hands of justice, but not this time.” 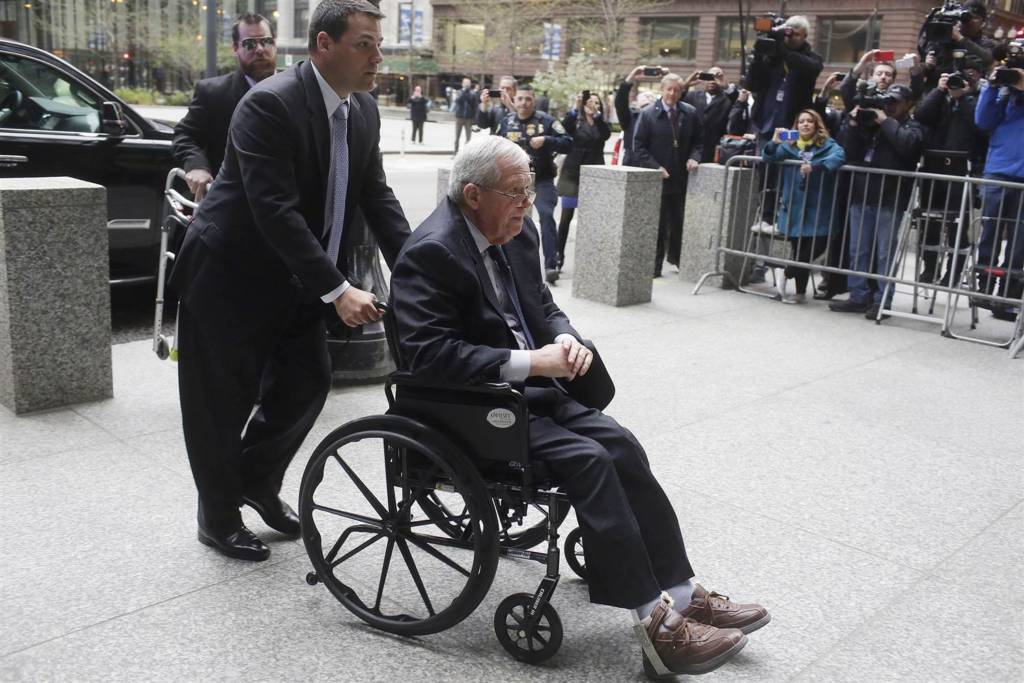 Hastert is a feeble old man now, but still must pay the price for his crimes. Via New York Times

Too Many Different Types of Crimes

Hastert originally went to jail for illegally “structuring” bank transactions. He violated bank rules in order to deliver that hush money to one of the children he abused. The name was not released to protect the child.

However, there was one student and athlete who he had abused whose family came forward. This was the sister of Steve Reinhart.

He had been abused during his four years of high school. Afterward, he was afraid no one would believe him. In 1995, he died of an AIDs related illness. After the hush money story broke, his sister felt she had to say something. (ABC News)

In a harrowing story, his sister told ABC that Reinhart “damaged” her brother. Hastert had called Steve “his great right hand man” as an assistant on the wrestling team. 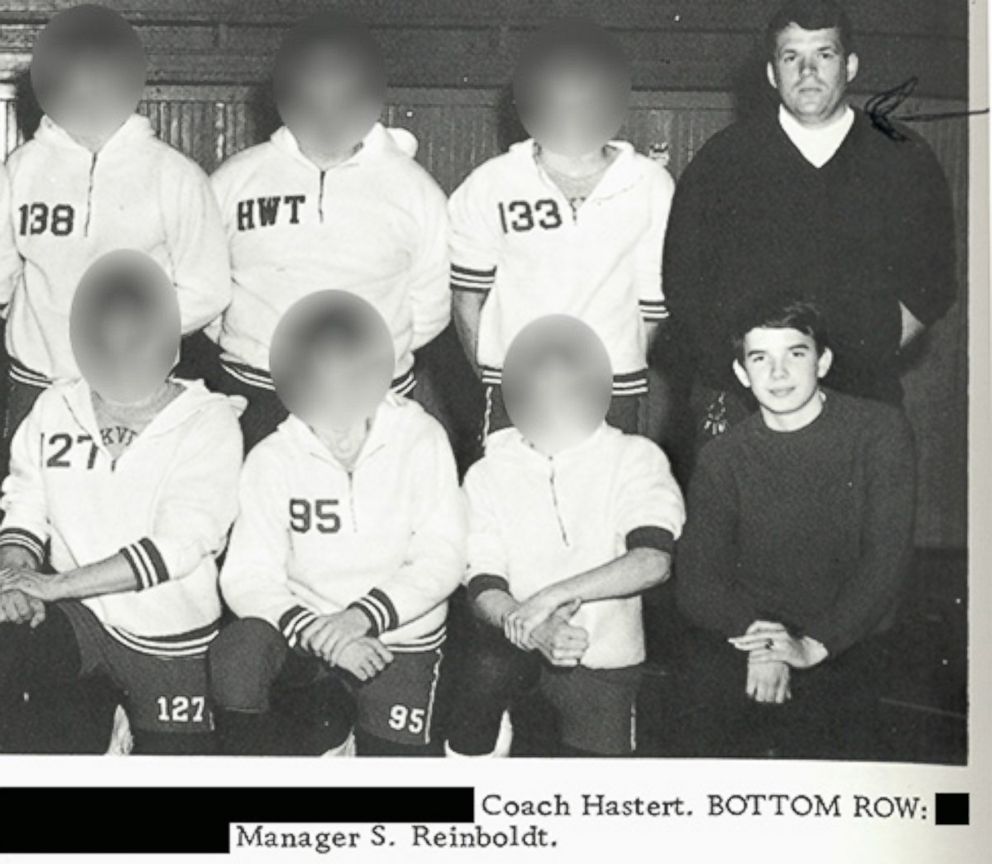 The chilling tale of abuse struck a chord with the nation. Many have called for more investigation. Via ABC News

Hastert was tried amid much fanfare in 2016. The judge, calling him a “serial child abuser,” sat and listened to his call for leniency.

“I’m sorry to those I hurt and misled. I wanted to apologize for the boys I mistreated.”

The judge was harsh.

“Some conduct is unforgivable no matter how old it is. The abuse was 40 years ago but the damage lasts today,” He said on the case. “Nothing is more stunning than having the words ‘serial child molester’ and ‘speaker of the house’ in the same sentence.”

He noted that Hastert had lied to federal agents about the nature of the money. (Reuters) 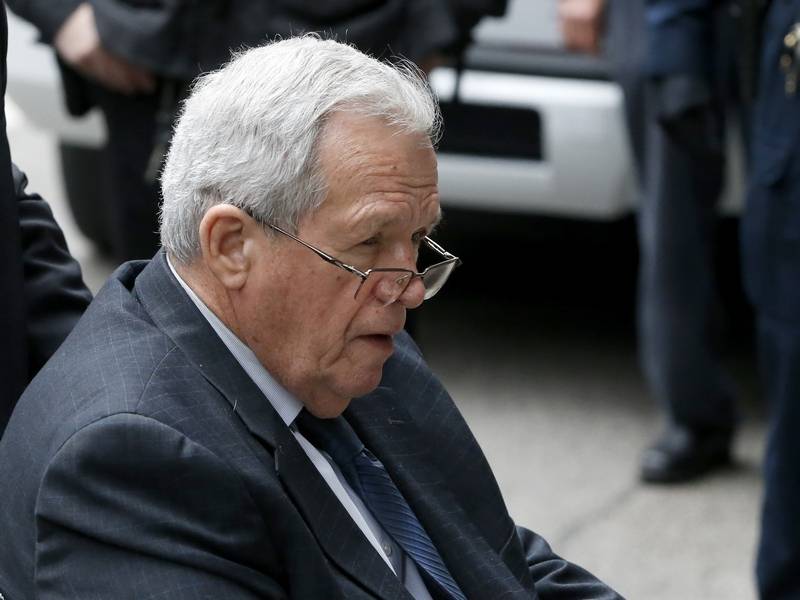 Hastert sits and listens to the judge lay down a hard sentence. Via Reuters

In 2016, one of his victims filed a lawsuit against Hastert. He went under the name “James Brown” to protect himself. As a result of the abuse he suffered, he went through panic attacks.

Hastert had promised him 3.5 million dollars of hush money. He did not pay the full amount.

Vitally, the lawsuit seeks to collect the rest, 1.8 million. 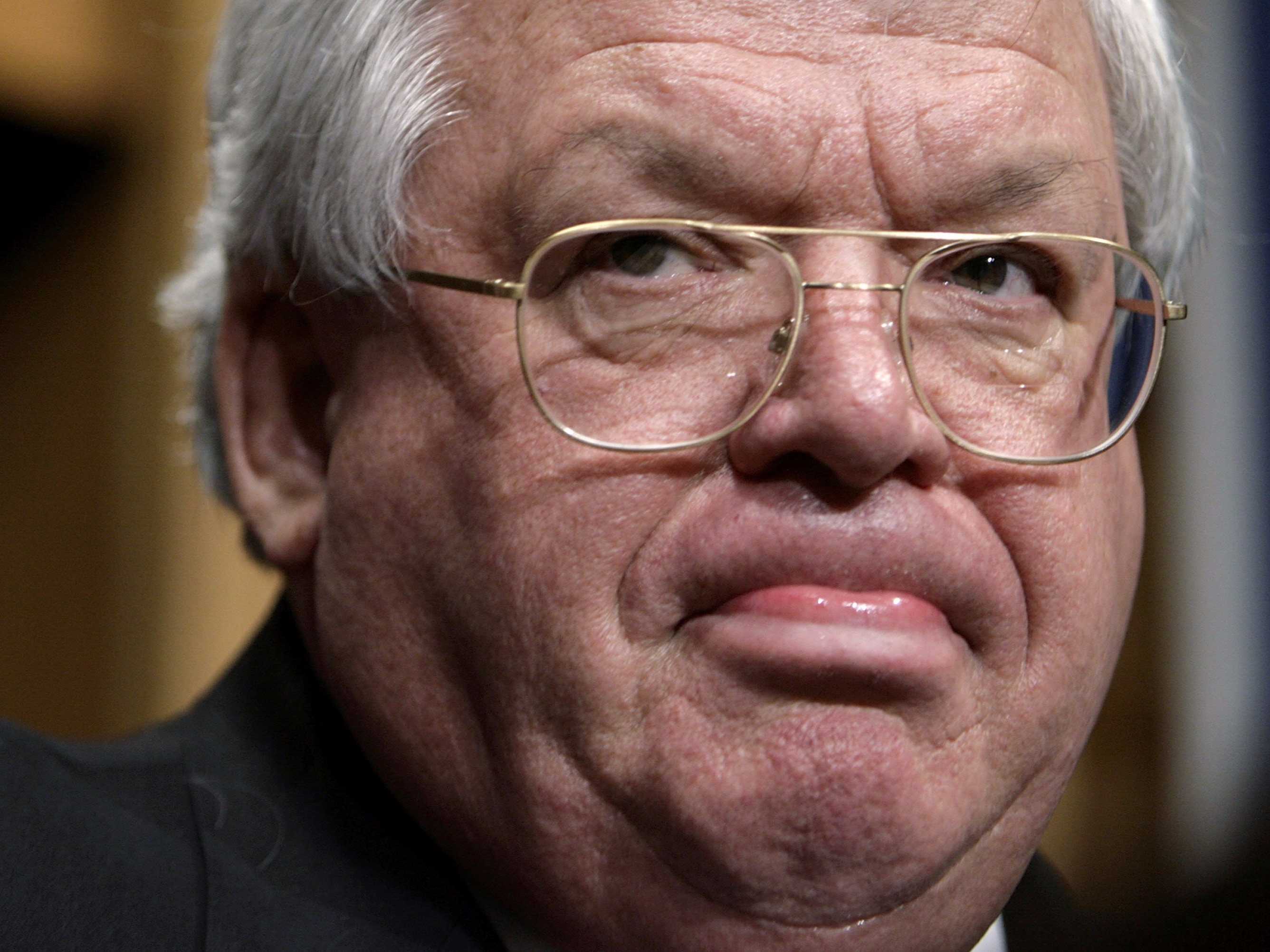 Dennis Hastert served for years in the highest offices of congress. The public shaming has destroyed his legacy and shaken the public trust. Via ABC News

Reactions to the News

In the wake of the scandal, many have called for the extension of child abuse statute of limitations. (Washington Post)

They point to how hard it is for victims to come forward, especially when the abuser is in a position of power. Haster, as a leader within his community, gave his kids a terrible curse.

They felt as though they had a deep, dark secret. Sadly, they had to watch their abuser rise to the next-in-line to the presidency. Their faith in the system was shook. How can there be justice?

When Hastert appeared in court, it was as a feeble, sick man in a wheelchair. Despite appeals to leniency from such men as Tom Delay, the judge was tough. He appeared to support the public shaming that was to come. He also sentenced Hastert to long than the prosecutor recommended sentence, sending him to prison for 15 months.