The business world has traditionally been led by men. Women have been pushed to the backburner because they are seen as too “nice”, and they cannot do the dirty deeds necessary to run a business. A good CEO needs to be ruthless, smart, and decisive. Women have been seen as weak, soft, and too forgiving. So, the business world has always filled these leadership roles with men, until now.

Just a few decades ago, women were not seen in the boardroom. They were home in the kitchen, cooking and waiting for their husbands to come home. However, the rise of females in power has led to women occupying around 25% of the FTSE boardrooms (We Are The City), a dramatic change from just 50 years ago. The movement towards gender equality is rising, and businesses are pushing to add even more women to their boardrooms.

The intentional addition of women in the office allows for more successful businesses. Women bring a diverse perspective, allowing for better products and better market predictions.

Mervyn Davies (a former trader minister) asked businesses to increase their number of female executives from 25% to 33% by 2020 (The Guardian). Many businesses have voluntarily agreed to this. This shows the rise of females in power and the influence of women in the office. With higher numbers of women in business, the world will see a shift in society’s outlook on gender equality. 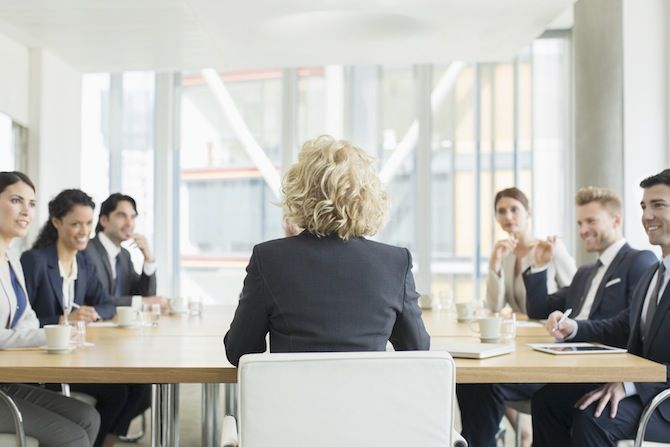 Though 25% of the FTSE boardroom members are female, 93% of the CEOs are male (We Are The City). Such a small number of female CEOs shows that there is still work to be done for leadership in business. But with 871 businesses in the UK led by women, the numbers just keep growing. The percentage of female-run businesses is increasing by 28% per year, quickly balancing out the male-dominated business world (London School of Business and Finance). Even with few businesses now being led by women, we must look at what the future holds. More than ever, females are creating new businesses and existing businesses are seeing the value in female leadership. The number of women at the top keeps growing.

However, the rise of female entrepreneurs in the tech industry shows that not only can women be good leaders, but they can succeed in an industry traditionally led by men. London is a fast growing tech-hub, on par with Silicon Valley. Female tech leaders from London even traveled to Silicon Valley (London School of Business and Finance) to strengthen bonds with their fellow female leaders. Travelling the world for the purpose of female empowerment and strengthening connections is an incredibly important task. When women empower each other in the business world, it translates to society. When the world sees women in the office and creating new technology, society shifts towards embracing gender equality.

With this, there is an argument at women make even better business leaders than men. Though generalizations about the female style of leadership can be problematic, there are some undeniably shared characteristics among successful women. Female leaders must constantly fight for approval. That is, they must constantly improve themselves in order  to maintain respect (Business Insider). The chart below shows the difference between men and women in their “competency Practicing Self Development” as they age. Men steadily stop seeking self-improvement, while women are constantly looking to develop their skills and attributes. 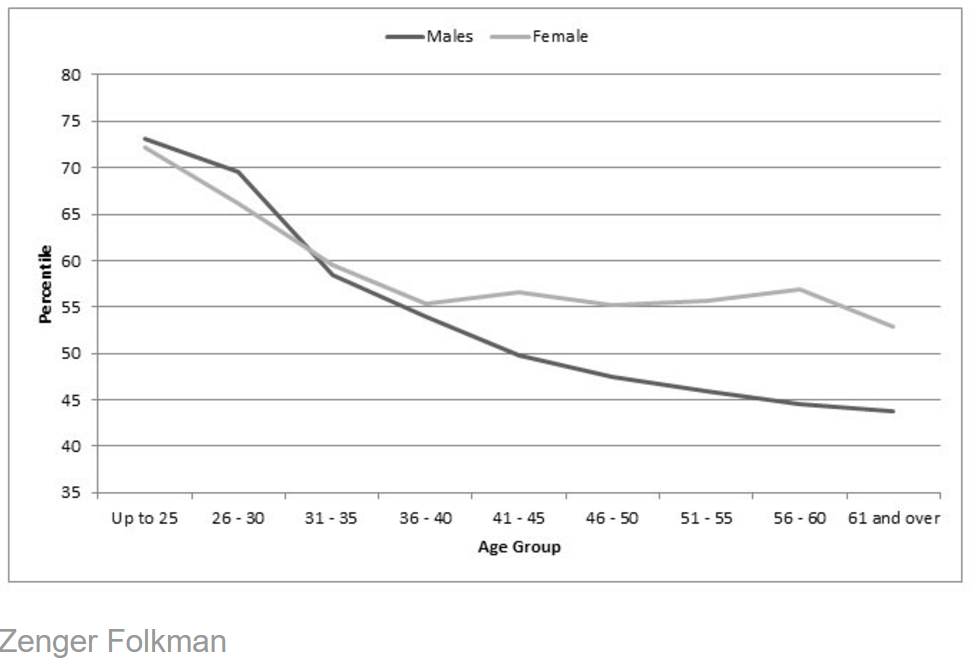 Naz Smyth continued, along with self development, there are arguments to be made for the female tendency towards good communication. Women are seen as more emotionally intelligent and intuitive (CNBC), leading to ethical business practices and positive employee relations.

However, to call women merely “good communicators” diminishes their true talents. Another study showed the business competencies of men versus women (Business Insider). While women showed strengths in good interpersonal relations, they excelled in driving for results and establishing goals. Women are not just good communicators, they are incredibly business savvy. 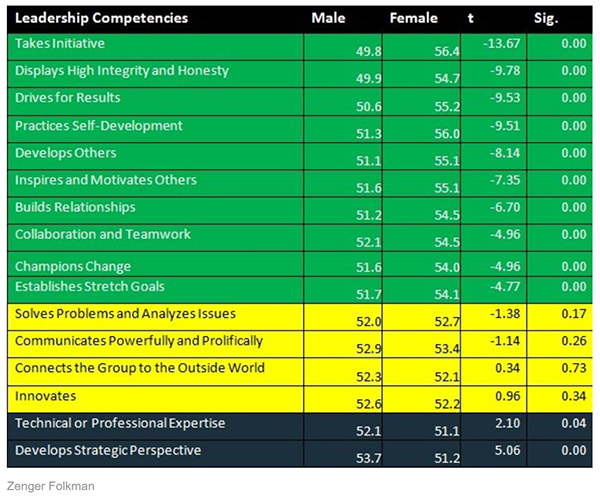 In the United Kingdom and all across the globe, women are finding their way into the boardroom and in leadership positions, said Naz Smyth. The male-dominated business world is slowly coming to an end. Hopefully, one day we will see balance in our capitalist society and a shift in our cultural perspective.