The History of Pride Month by Naz Smyth

The History of Pride Month by Naz Smyth

This June, we celebrate Pride Month. LGBT Americans and their allies remember the demonstrations that took place at the Stonewall Inn in New York City on June 28, 1969, the historic first step in the fight for LGBT rights.

In the almost fifty years since the Stonewall demonstrations, LGBT Americans have made great strides, gaining, among other rights, the right to marriage and to serve openly in the military.

“It’s wonderful to see that LGBT Americans and all Americans are able to express themselves openly,” said Mrs. Naz Smyth. “We have come so far.”

“During Lesbian, Gay, Bisexual, and Transgender Pride Month, as Americans wave their flags of pride high and march boldly forward in parades and demonstrations, let us celebrate how far we have come and reaffirm our steadfast belief in the equal dignity of all Americans.”

In 2016, 2 million people attended the Pride March in New York City, a record turnout. The move from a riot in 1969 to a densely attended parade in 2016 shows how far LGBT rights have come.

During this Pride Month, LGBT issues are in the news. Leo Varadkar, the openly gay son of an Indian immigrant, is on the brink of being elected Prime Minister of Ireland. Mr. Varadkar publicly declared that he was gay in 2015, when Ireland was having a referendum on marriage equality. His declaration is credited with putting the Yes vote over the edge. The 2015 referendum was won with 62% of the vote, despite Ireland’s strong Catholic and conservative roots. 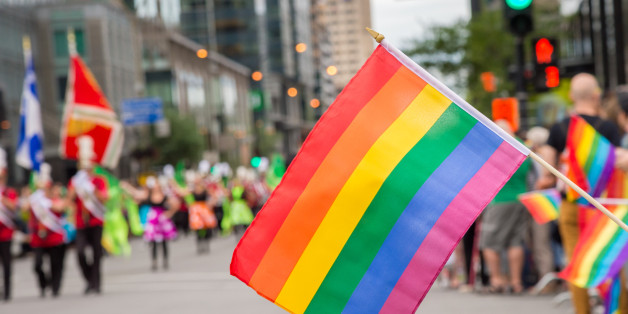 But not all the news is positive this Pride Month. President Donald Trump has not only remained silent on LGBT Pride Month, declining to make an official declaration, but during his trip to the Middle East, he refused to condemn Saudi Arabia’s stance on LGBT rights. In Saudi Arabia, homosexuality is still punishable by death.

Cities across the United States, from New York to Cleveland to San Francisco, celebrate this month. And major brands are in on the party as well: everything from airplanes to cereal is getting a rainbow wash.

This year, the festivities are bound to be bigger than ever. LGBT Americans will make themselves heard in the streets this Pride Month. For example, the New York Pride March will be televised live for the first time.

During Pride Month, LGBT Americans will remember the first anniversary of the shooting at the Pulse nightclub in Orlando, where 49 people lost their lives. The celebrations this year and last year show the resilience of the LGBT community in the face of discrimination and violence.

This month, despite everything, is a time for celebration. LGBT Americans will show their pride in their history and in who they are, and their hopes for the future of LGBT rights in America and across the world. Pride Month is a triumph for everyone, whether they are LGBT or not. The strength and passion of the LGBT community is an inspiration to us all.