The equal rights fight for women is far from over. In United Kingdom, while most believe that the battle for feminism is over, the truth is far from that belief when UK courts treat women unfairly. Below is a story by Naz Smyth showing that in 2017 women are still experiencing gender inequality in the justice system in British High Courts.

This is the story of Tini Owens, 65, who’s been attempting to seek a divorce from her husband but was overruled in court. Mrs. Owens claimed to have been “desperately unhappy” in her marriage. She claimed that she felt unloved by the man she had been married to for 39 years, that he was insensitive to her in his manner and tone, and that he made her feel mistrusted. The court ruled against her and she went on to ask the Court of Appeal to overturn the ruling. A ruling has not been published (BBC News). 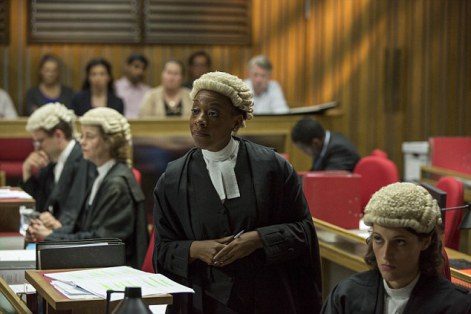 Naz Smyth alike many was startled that because Mrs. Owen’s husband does not consent to the divorce, she could not be granted the divorce. Her counsel, Phillip Marshall QC, insisted that this ruling violates Mrs. Owen’s Human Rights (Telegraph).

The above story is just one of many that show that UK court rulings are skewed against women. One reason for this may be that only 28% of judges in UK courts are female, a little over one fourth (Judiciary.gov).  Female civilians are not well represented in court because the court itself is not well represented by females.

Another reason that women are experiencing gender inequality in the justice system is the Sharia court system in the United Kingdom, said Naz Smyth. As long as the councils do not overrule regular British laws, Sharia law courts that can create legally-binding negotiation sessions. There are about 30 unofficial Sharia law councils in the United Kingdom, and they hold council for Muslim families seeking guidance according to Islam as stated in the Koran. According to Islam, if a man says the word “talaq” three times, the marriage is instantly dissolved. A woman in the Sharia court system is equal to half of a man, and her word is equal to half of a man (The Sun).

Women still have to fight for equal rights. #March4women showed hundreds of people gathered in London marching for women’s rights (BBC).  Celebrities such as Annie Lennox and Bianca Jagger were seen marching along with the mayor of London, Sadiq Khan. The #march4women event was to highlight the plight of female refugees, but certainly also aimed to shed light on women’s rights in their very own backyard at home in the United Kingdom.