Icelandic designer Katrin Olina has crafted a range of jewellery that looks like gothic talismans but is designed and produced using both old and new techniques (+slideshow). 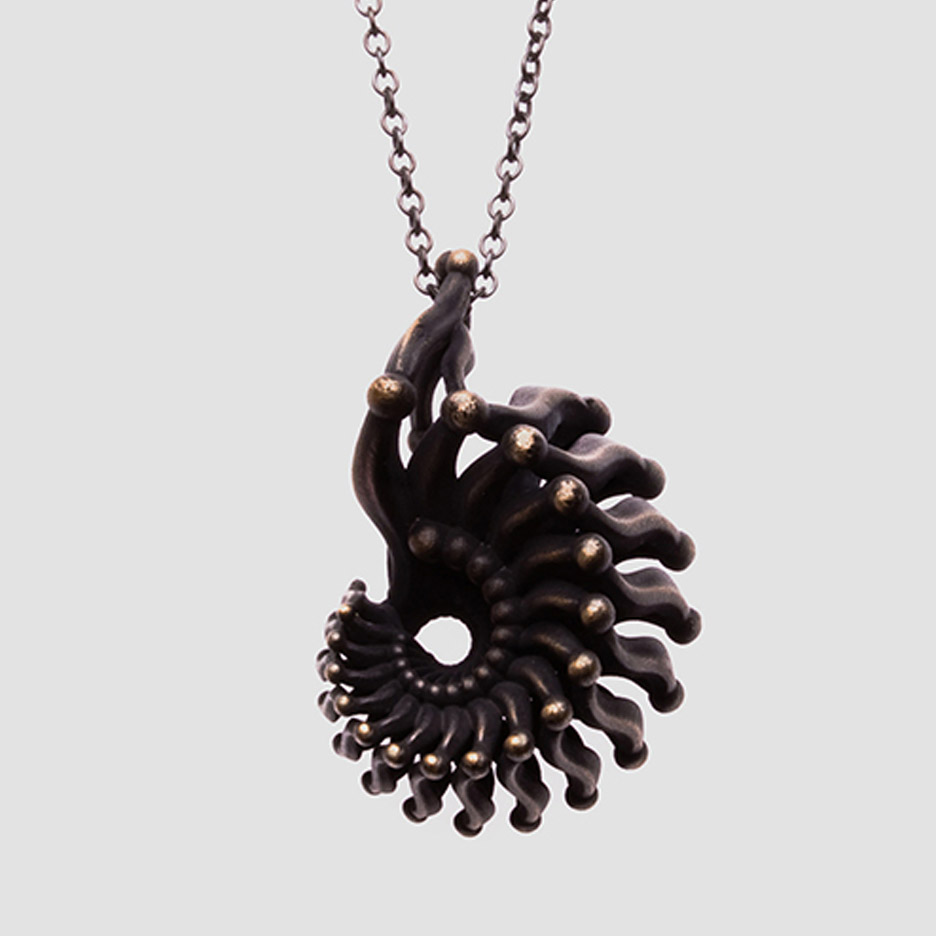 Based on the serpentine curve described as “the line of beauty” by artist William Hogarth in 1753, the Primitiva series was designed digitally, 3D printed in wax and then cast in bronze.

“The S-curve is a universal motif found throughout nature and human history,” Olina told Dezeen. “I was inspired by Hogarth’s curve and created my own 3D version of it.” 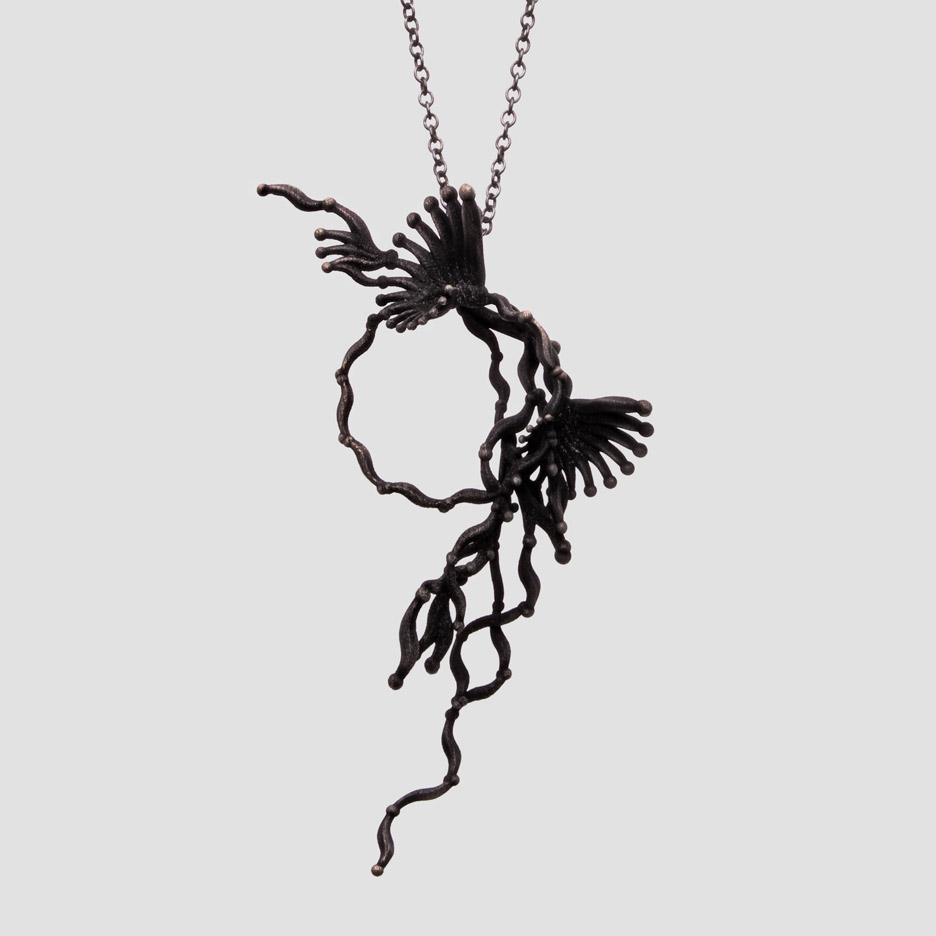 “My curve has two spheres on each extremity,” she added. “The simple and yet complex basic shape allowed me to create this diversified language of shapes.”

Olina created 40 variations of this curve using parametric design software for her series of talismans, which she describes as “objects of awareness” and are designed to ground the wearer in the physical world.

“The project questions how we can connect in a technically entangled, yet disconnected world,” said the designer.

“I decided to work on jewellery, because of its long tradition in cultural history to be a connector between the abstract and the physical and a carrier of social significance.” 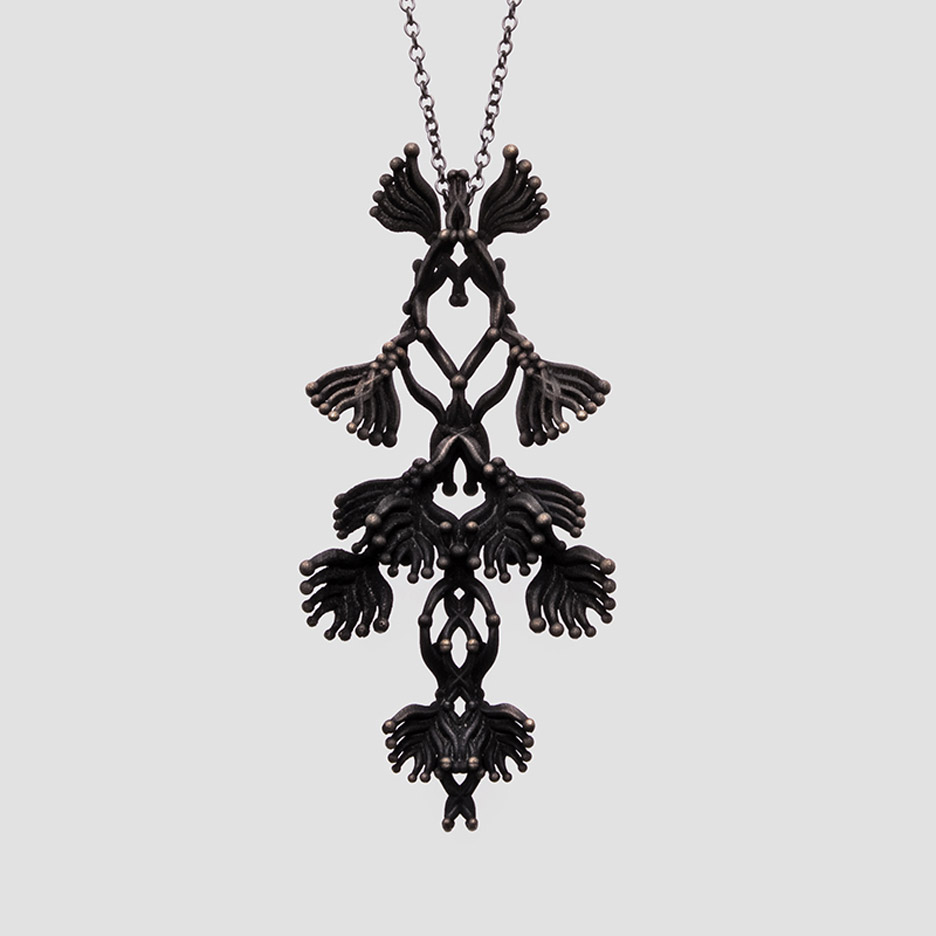 During the parametric design process, dramatic forms can be achieved by altering a set of variables that change the shape of a digital model.