A shop assistant of the “Irada” confession fashion store, which specializes in female clothing and is popular among women including Muslim believers, works on the day marking Eid al-Adha (Kurban Bairam) in Moscow, Russia, September 24, 2015. Muslims around the world celebrate Eid al-Adha to mark the end of the haj pilgrimage by slaughtering sheep, goats, camels and cows to commemorate Prophet Abraham’s willingness to sacrifice his son, Ismail, on God’s command.

High fashion. Haute Couture. Runway models thin as rails adorned with provocative and revealing garments. Usually when one thinks about high-end runway fashion, these are the images that come to mind. Fashion has always been a reflection of society, and a reflection of a woman’s place in that society, on the runway, and off. 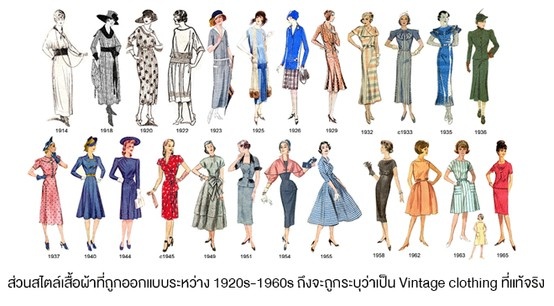 The Middle East has modest fashion that follows the strict Islamic dress code, and the west seems to have caught on the fashion bandwagon. Modest wear is entering more fashion magazines, and fashion designers are starting to incorporate modest styles in formal, casual, sportswear, and even swimwear to accommodate the woman who chooses to follow Islamic customs, and yet still be fashionable with up-to-date patterns, colors, and tech. An example of this is Nike’s recently launched hijab for female athletes (The Guardian). 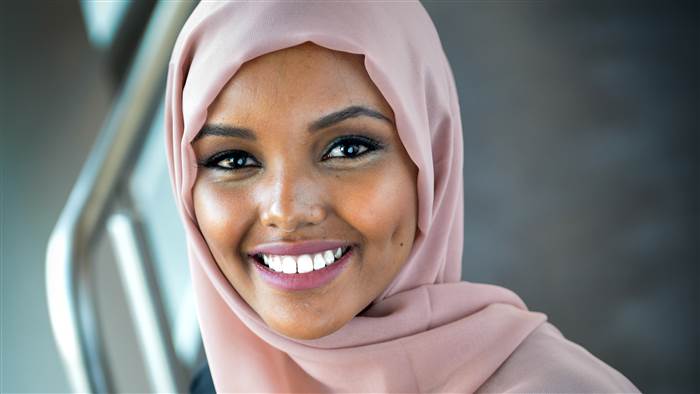 In February of 2017, London launched it’s very first London Modest Fashion Week, featuring clothing that suits the Arab world and any other part of the world where women choose to dress modestly in line with their Muslim religion.  Fashion should not be compromised by religion (LMFW).  In such troubled times, with the western world plagued with fear of the “other,” pointing fingers at the Muslim world, it is very encouraging to see that fashion has, however, embraced the lesser understood religious custom.

One 19 year old Somali girl made history at the Miss Minnesota USA pageant in 2016. Her name is Halima Aden, and she competed in the pageant wearing all modest, but extremely beautiful clothing, including wearing a full head to toe burkini during the swimsuit portion of the competition.  Aden, who is now signed with IMG Models, didn’t have modeling in mind when she joined the competition.

The teenager wanted a chance to compete to be a representative of hijab wearing Muslim American girls all over the country, and to inspire others. She wanted to give people a perspective on hijab wearers (Glamour). Aden was born in Kenya in a refugee camp. She moved to the United States of America at the age of seven. She entered into the competition, and although she didn’t win Miss Minnesota, news of her went viral.

Gigi Hadid, the “it” girl of fashion, posted a picture of Miss Aden on her instagram, and the fire was fanned from there. Fashion designers all over the world started calling Miss Aden the future of fashion. She got snapped up by top agency IMG Models, and her career as a fashion icon has been a whirlwind.

2017 found New York Fashion Week breaking boundaries on the runway, from plus-size women, to hijab donning Halima Aden. Fashion has reflected the changing of times in the western world. 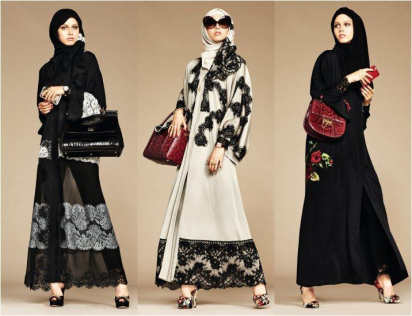 There has always been a question of whether the hijab is oppressing women that wear it.  After speaking with many women around the world, it seems that the hijab has more than one affect on women; some women do feel oppressed wearing the hijab (such as those in countries with strict sharia law), but others feel empowered with the headscarf.

The Huffington Post interviewed seven women and asked them why they chose to wear hijab. One woman said she decided to wear it because she wanted to be visibly perceived as a Muslim. Another woman said it makes her feel brave and outspoken to be wearing a hijab, and breaking her Pakistani cultural stereotypes of being a submissive and modest woman. She sees herself as a strong woman in modest clothing.  Yet another woman says that for her it is a political statement.

Although wearing a hijab can be controversial, and there is talk of banning it completely in countries such as France, the London Modest Fashion Week shows that the hijab is not only becoming more accepted in western countries, but that it may be here to stay.